Will Anyone Remember the Brinkmanship? 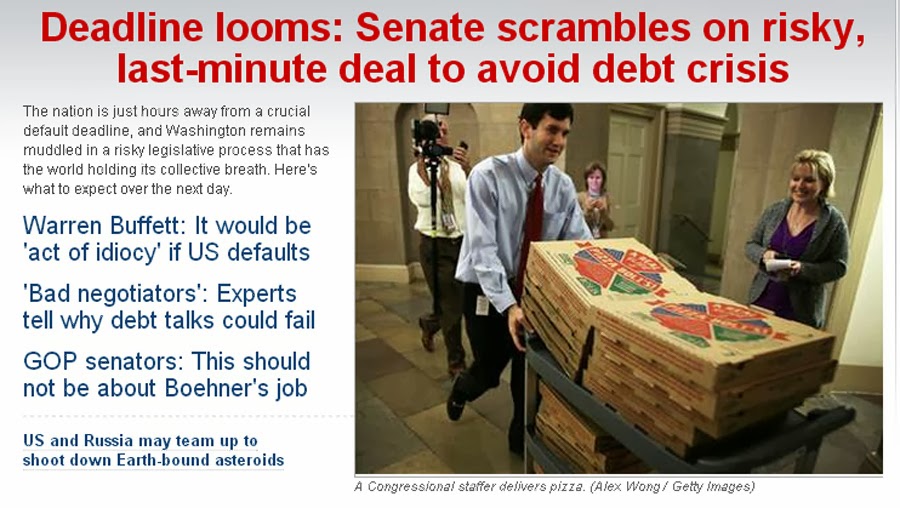 How bad is it going to get if the Congress decides to roll past the default deadline? Will everyone lose their jobs and then their homes and their retirement? Or will we see the last gasp of a dying political system that succumbs to chaos and fistfights over the last can of beans?

The 2014 election cycle should be focused on the brinkmanship displayed by the Republican Party. The mere act of flirting with default and disaster and carrying out a complete shutdown of the government is a great example of the irrationality of the modern Republican Party. They can't be considered the Daddy Party anymore, especially when it comes to foreign policy because, well, America's economic security is a foreign policy issue now; it may, in fact, be more important than anything else.

Economic security should be the key issue. Who is doing a better job of protecting America's standing and who is better at making sure that people have jobs and a future?

Right now, you can't make the case that the Republicans have anyone but their big donors at the forefront of their concerns. The poor, the unemployed, and the Middle Class have no reason to vote Republican ever again.