Why Greed Is Not Finished With Us Just Yet 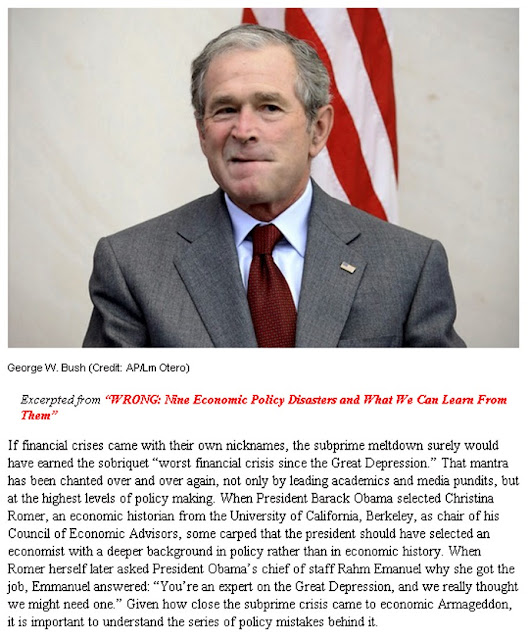 Ronald Reagan still doesn't receive enough blame for exploding our deficits and embarking on a military buildup that left us with a military that had to be drawn down in the 1990s. There is a sunny view of Reagan that ignores the ugly reality of his two terms in office (we are no closer to an accounting of our involvement in Central America than we were twenty years ago).

As historians look at the late 2000s and the subprime meltdown, it is important to note that the working definition of history that we have is going to be tainted by the poor accounts of the facts rendered by media companies. Would you cite Fox News as a source for anything in a serious academic piece? Would you trust the Washington Post to deliver a fair accounting of what happened during the first year of the Obama Administration? The information that historians are going to have to rely on is badly skewed and unreliable. We are entering a period where history isn't going to make sense because it will pit conventional wisdom against facts that no one can agree upon.

In so many ways, this country was righteously fucked in the early Spring of 2009. How we got there is the story of why we are still on the path to economic meltdown--the bankers are not in jail, the money is still pouring in from the theft, sale, and resale of mortgages, and the actual rules around who gets to buy a house are still chaotic and confused. The system still favors the banks over consumers. And the Republican Party's complacency in all of this has not stuck to them any more than incompetence of American Foreign Policy have stuck to Reagan in the 1980s.

Greed, and I would define this as a return to the robber baron mentality of the late 19th Century updated for modern times, has not been regulated properly in decades. Greed is still washing away the foundations of the banking system. Greed is going to bite us in the ass, sooner rather than later, if we don't get a Congress that can perform oversight and compliance and start regulating the mortgage industry. We need this now, and we need to get it done.
on October 14, 2013