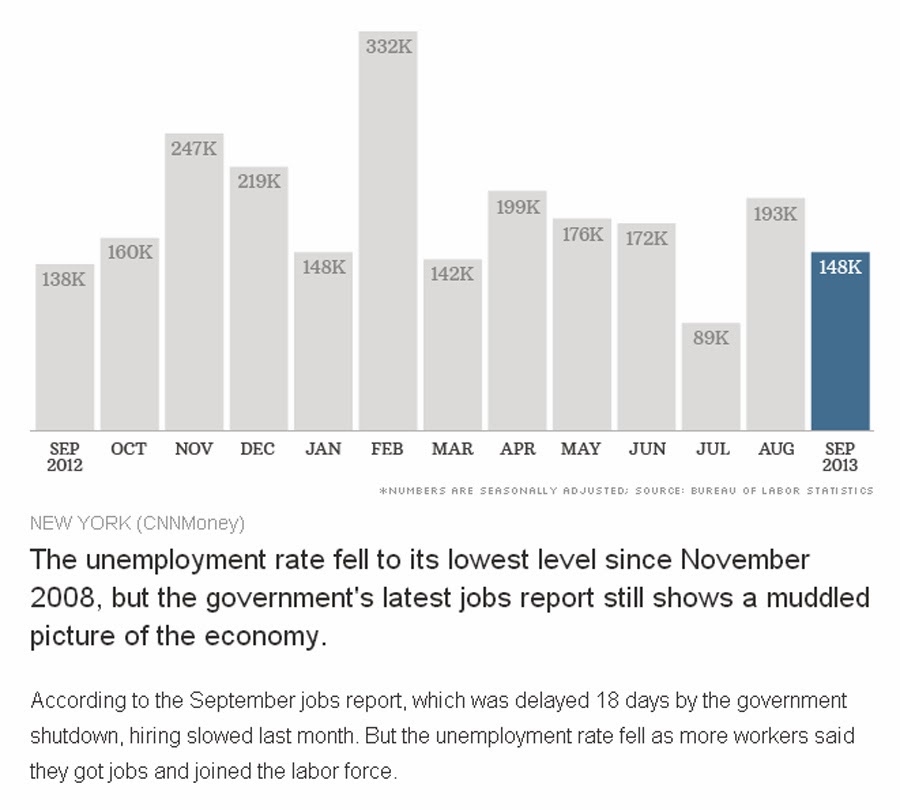 This could be so much better:

[...] the good news is the unemployment rate fell to 7.2% as 73,000 people joined the labor force and 133,000 people said they got jobs. That's considered encouraging, after months in which thousands of Americans were dropping out of the workforce.

We have become enamored with the idea that unemployment is going to drop on its own; I think we need to push for a jobs bill or make that the reason why people should throw Republicans out of office. And I think that would be a legitimate reason to encourage people in Republican-leaning districts to vote Democrat or stay home.

Without some stimulus or encouragement from the Federal sector, the job growth we need isn't happening. At least, not on its own.
on October 22, 2013