Tina Brown is an Expert at Screwing Up Websites 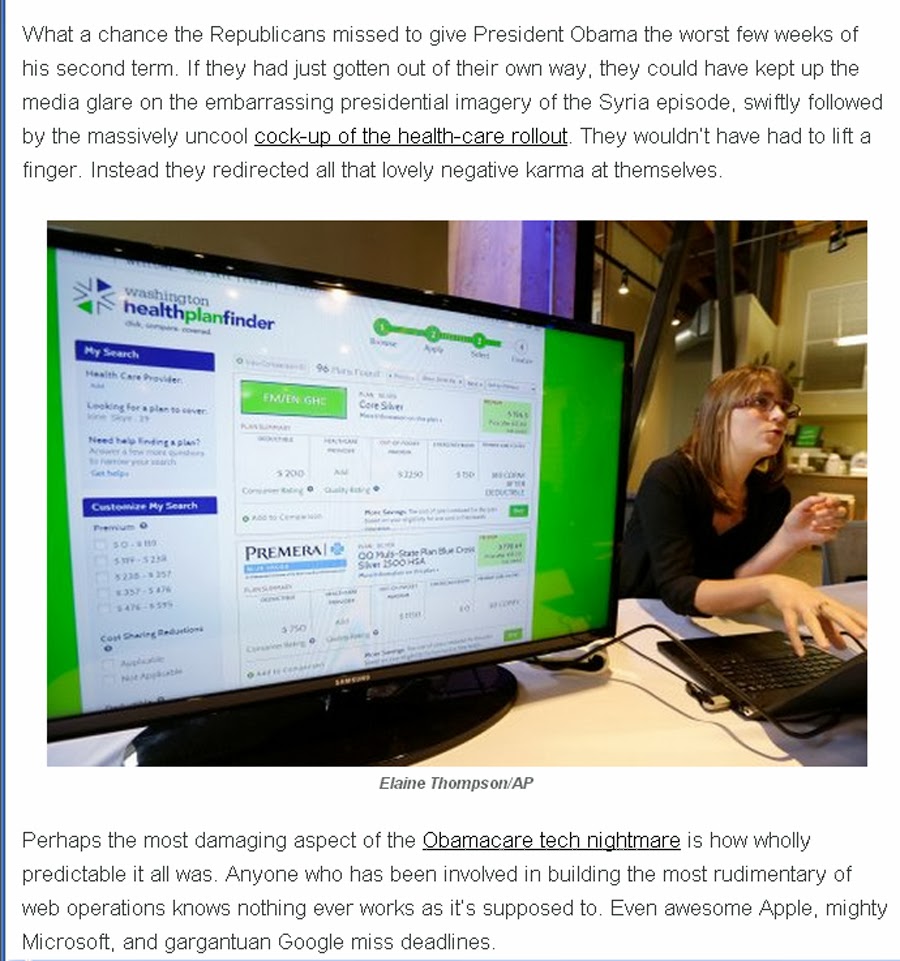 Tina Brown is an expert on fucking up websites and blowing shit up. Her level of credibility on this subject far and away exceeds that of pretty much everyone else, so, you know.

The problem with her article is that she is punching the wrong strawman. The states that deliberately chose not to implement their own versions of Obamacare, and build the requisite websites needed to enroll their citizens, ended up creating a self-fulfilling prophecy.

Accompanying her article is a screenshot of a state-run website designed and intended specifically to ease the burden on the national Obamacare website. This is what people need to remember:

That means the bulk of the Obamacare implementation has fallen to the Centers for Medicare and Medicaid Services, part of the Department of Health and Human Services. As its name suggests, this agency has traditionally administered key aspects of the Medicare and Medicaid programs. The Affordable Care Act gave it a new role administering the exchanges that form the heart of Obamacare.

Brown couldn't be bothered to connect the dots (plenty of others have already done that) and correctly assign the blame here.

When you dump millions onto a system that wasn't intended to handle the traffic, it fails. It's as simple as that. And that was the plan from the start. States that did not build their own exchange websites ended up abandoning their citizens and those people, desperate to embrace affordable health care, broke the system.

Miss Brown would rather chortle at the fate of the poors than apply common sense. If Jimmy Kimmel is your best "shoe-leather" reporter, you're completely and utterly out of the common sense business and living in the world of viral videos and junk hits for laffs. It's a cock up! Ha! And, meanwhile, who's going to hire her to ruin their next web venture? Wacky!
on October 21, 2013