This is Not Happening 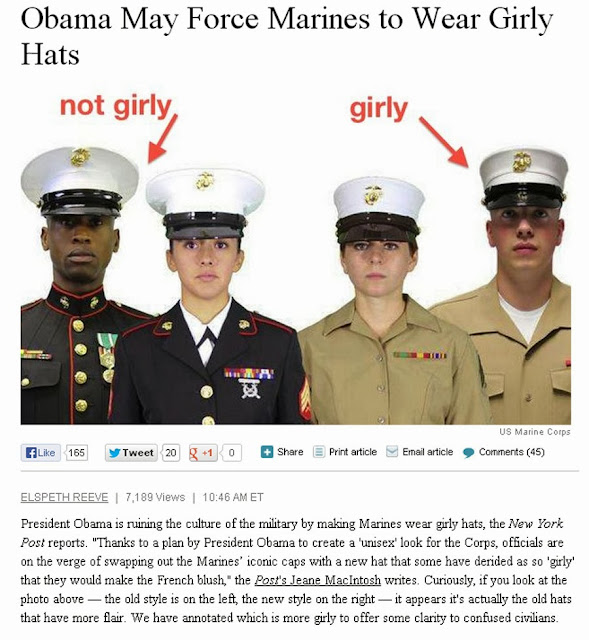 The Marine Corps Uniform Board is considering updates and changes to the various uniform combinations worn by the Marines. The President is not involved in these discussions, but the wingnut freakout from the New York Post is a pretty clear indication as to how deranged these people have gotten.

When I was in the Army, we were handed black berets to wear. Be grateful that this debacle passed. It was the fault of a general, not the President, that the beret atrocity was perpetrated on an unsuspecting Army and the President does not meddle with these sorts of things.

People who "hate" the French military forget their history on purpose. The quickest way to end up being ignored by serious historians is to talk about French surrender monkeys and things of that nature. Go read about a place called Verdun and then tell me that there isn't something to admire about the ability of the French to hold on and survive in a time of terrible conflict.