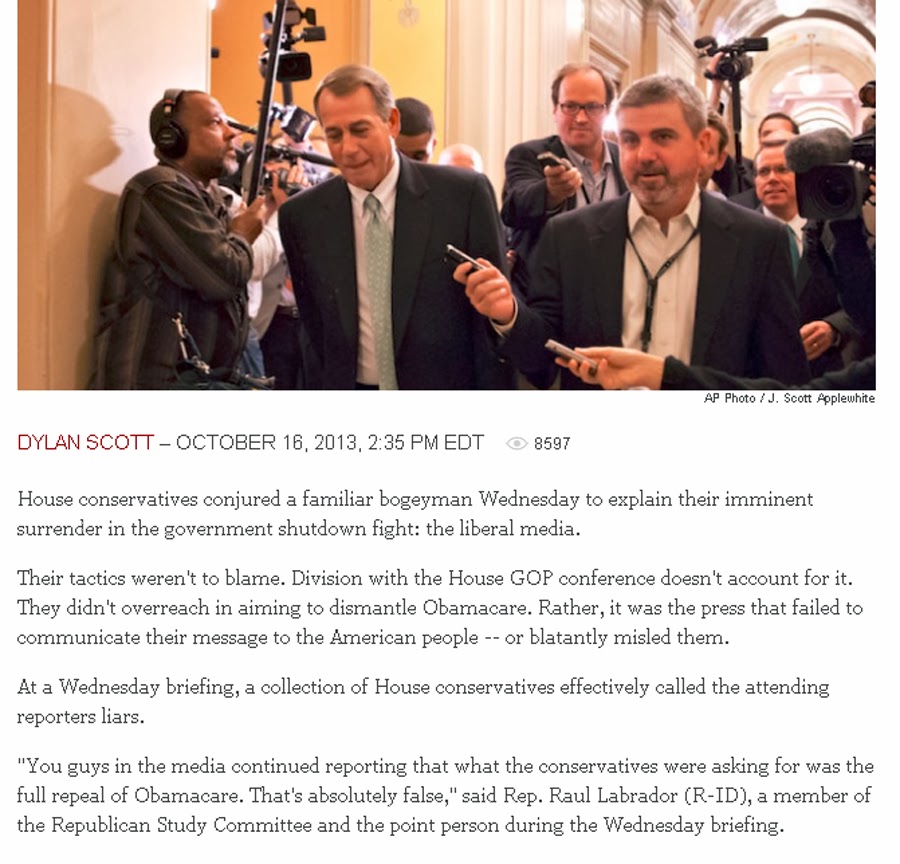 What lie are we talking about? The Tea Party has railed against Obamacare and has called for its repeal. They have passed dozens of bills in the House to repeal Obamacare. And now you have a member of the Republican Party claiming that the whole thing was NOT about repealing Obamacare?

We've been seeing this for months. The shutdown of the government was planned from the start in order to create a mechanism with which to repeal Obamacare. And now they are calling the media liars in order to do what, exactly?

Get out of being held accountable for screwing the pooch? 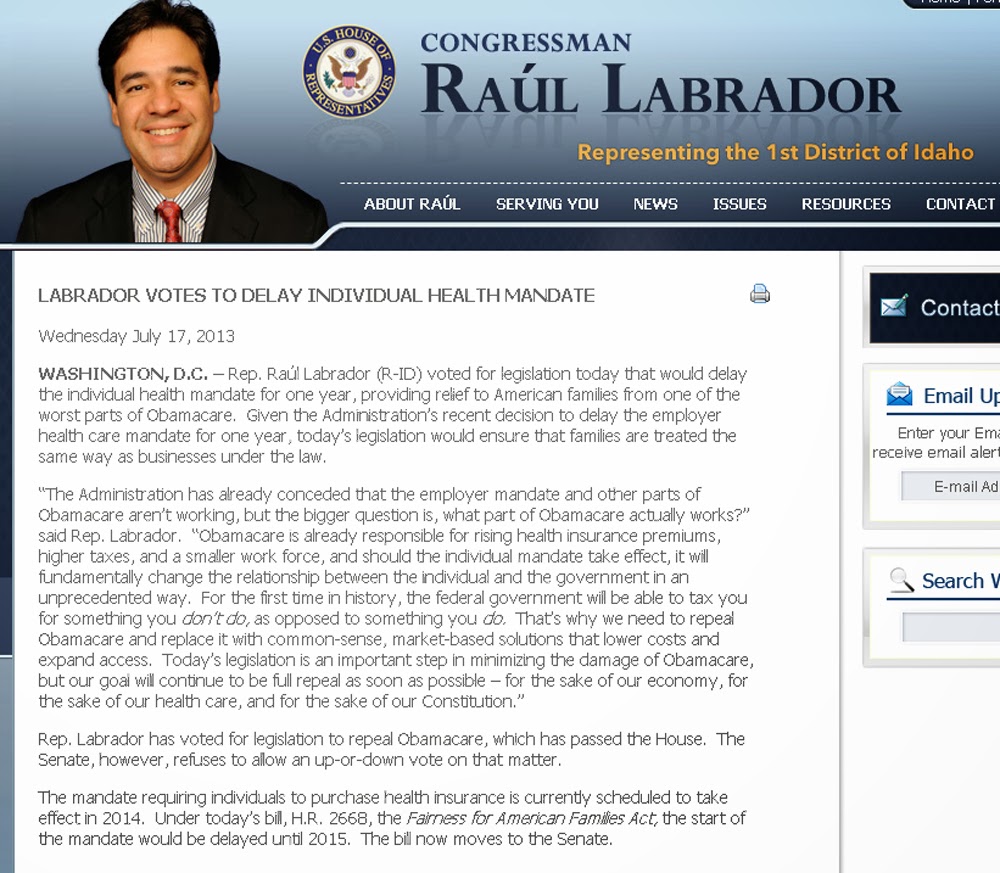 Who's the liar? Who's actively forgetting everything they have ever done wrong in order to create a stab-in-the-back myth for their own use?

These people have never been acquainted with anything that looks like the truth.
on October 16, 2013