The Secessionists In Places Few People Want to Live 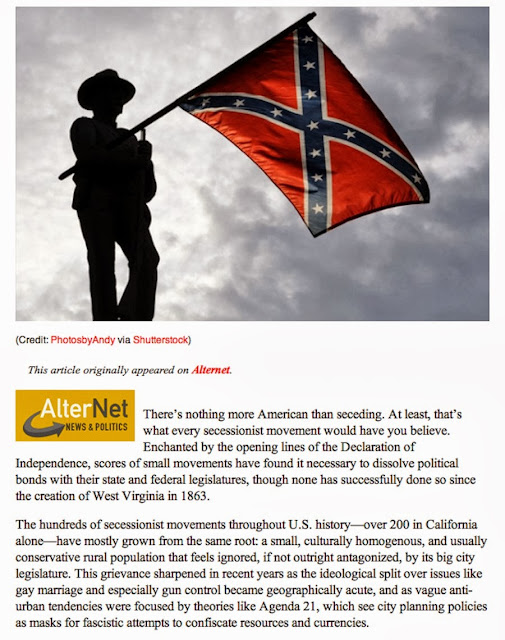 The movement to secede from the United States, and then self-govern or free the seceded area from Federal control (or state control) has gained more attention lately. These are not the one-armed eye patch people from the fringes anymore. My guess is that when we have a white Republican in the White House, these movements will evaporate, but still. There are cranks and crazies out there and then there are simply disaffected Republicans who want to establish themselves as power brokers in areas where they have little, if any, influence.

There was a time when this ideology would have been met with force. We are too enlightened for that now, so the courts will have to suffice. Anti-government movements have to contend with the rule of law or oblivion. When the patience of the American people runs out, they'll simply continue to live in decent places while the secessionists continue to live in less than desirable areas. Given the realities of Federalism, living in a state that gets more Federal funding than it pays in is not all that bad of a deal. The problem is, anti-government sentiments are usually based on lies and misinformation. People wouldn't be so eager to leave the Union if they knew how good they really have it.
on October 12, 2013