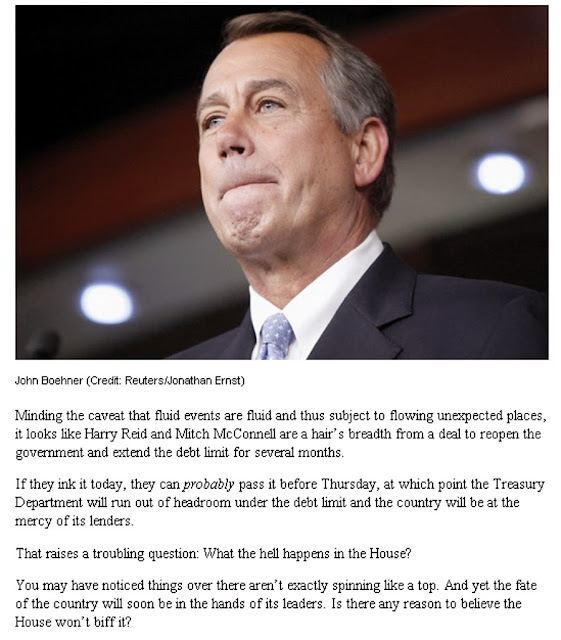 America, you're in trouble because this man is a moral and physical coward who won't put anything ahead of his comfort and his ability to strut around and be somebody. He did not come to Washington D.C. in order to be the Speaker of the House of Representatives. He went to Washington D.C. because he was considered the best man for the job of representing the area where he is from in Congress. Now, he represents himself and his own enjoyment of the privileges of his high office.

No one is better at maintaining absolutely little, if any, popular support for the institution that he leads. He is the blight upon democracy that the Founding Fathers figured would be handled by the Senate. How's that going?

The crazies put him in power and the crazies are going to do us all in. I have no optimism that this man would ever do the right thing because he believes he controls the crazies or benefits from them not removing him from the office of Speaker.

Have you started stocking up on guns, toilet paper, and bottled water yet? The stores are flush right now so you'd better get going.
on October 14, 2013