Out Come the Long Knives 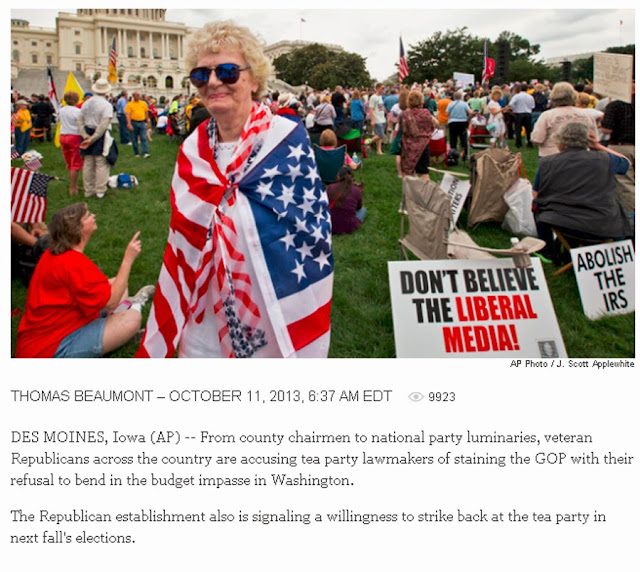 Their silence has ended. Moderate or "sane" Republicans everywhere have had enough of this Tea Party Bullshit. I believe the correct response is, 'boo hoo.'

When it suited the power structure of the Republican Party, they were more than eager to allow the Tea Party bombthrowers to become a populist revolt against That Negro in the White House and they encouraged the fire that is consuming them. They were silent for years--years at a time--when the dysfunction of the shutdown, obstructionist Congress was evident for all to see.

The end result of all of this are hundreds of thousands of Americans out of work--millions, when you get right down to it. Lives have been altered forever and workers have abandoned being productive. These same county chairmen and stalwart Republicans allowed a seminal movement with little popular support to gain control of the Congress and block things like jobs bills and infrastructure improvements and proper oversight.

They cheered the wars that created several million Veterans who are now going without benefits because, well, the government they hate is the one they can't stop trying to get elected to for life. It goes on and on--science funding, Head Start programs, taking care of the aged, the sick and disabled. We are seeing what a heartless, merciless society would look like if these same "moderates" were allowed to keep letting the Tea Party nullify the idea of a modern America.
on October 11, 2013