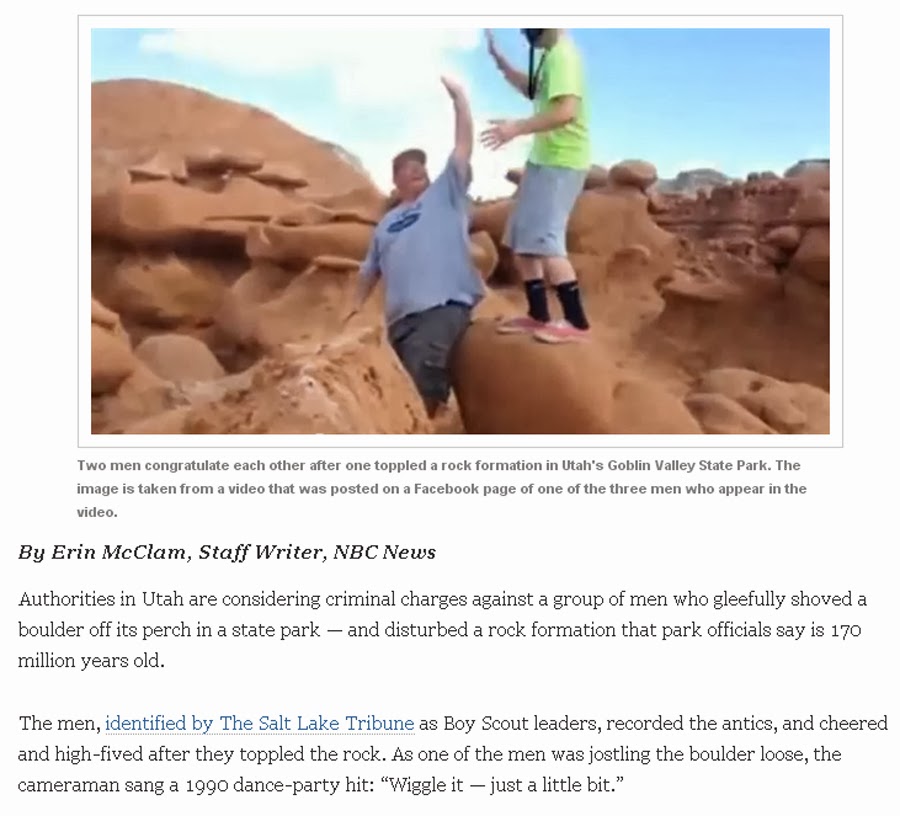 I am of two minds on this example of this sterling example of wanton public jackassery. Basically, some clowns went into a place called Goblin Valley and altered the physical landscape in a significant enough way to make people mad. The "boy scout" leaders in question here toppled a boulder and bragged about it on social media. Common sense abandoned them. They made the lame excuse of doing something to protect the public.

Utah authorities did not see it that way. County and state prosecutors are considering criminal charges, Eugene Swalberg, a spokesman for the Utah state parks, told the Deseret News newspaper.

“This is not behavior that is appreciated or should exist in state parks,” he said. “This has been formed for literally millions of years, and it’s supposed to last for a long time. It doesn’t need individuals doing the work of Mother Nature.”

How long should a perched boulder stay perched and can a lawyer successfully claim that the shelf life of this boulder expired several million years ago? And was this incident significant enough to warrant criminal charges?
Humans alter and change the environment every day. This is the natural course of events. We have created state and federal parks so that we can preserve our environment, and I think that is what will come into play here. They're going to fry these jackasses solely because they were stupid enough to post a video on the Internet. You'll note that this comes up quite often and that the number of stupid videos posted on the Internet does not seem to be in decline.
on October 18, 2013