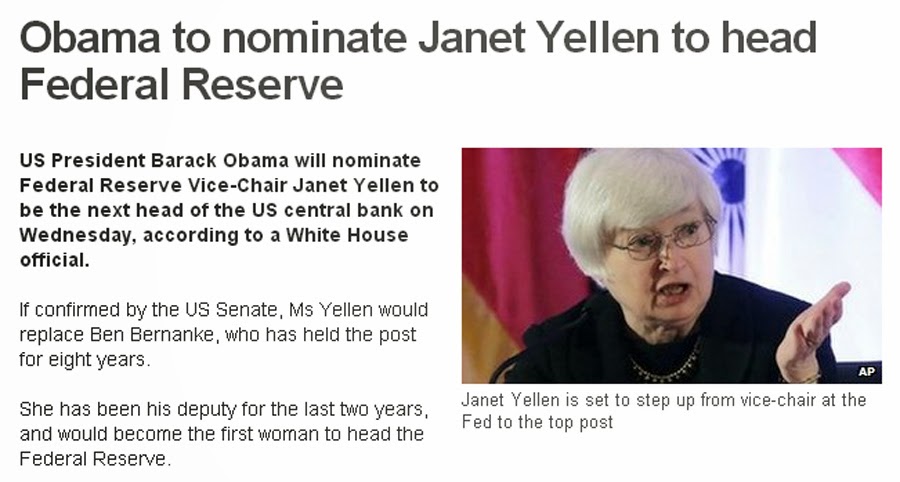 This may elicit a deservedly snide 'duh,' but Janet Yellen has to focus on employment issues and see what the Federal Reserve can do to alleviate the stress that joblessness is placing on the economy. I don't know if this had anything to do with picking her over Larry Summers and whether or not she can actually do something about jobs.

It would be enormously helpful if the American people would stop electing Republican Tea Party extremists.Republican obstructionists are supporting efforts to keep people out of work. They really are rooting for America to fail, and they are doing so with deeds not just words.

This President is, apparently, not entitled to a cabinet of people of his own choosing. The Atlantic believes that Yellen will have a tough time getting confirmed. There isn't anyone out there who would sail through the Senate, up to and including whoever was chosen by the Tea Party. Yeah, there's a Ron Paul joke in there, but it is too sad to contemplate.
on October 09, 2013