Did Bush Say He Was Sorry When the Government Fucked Up? 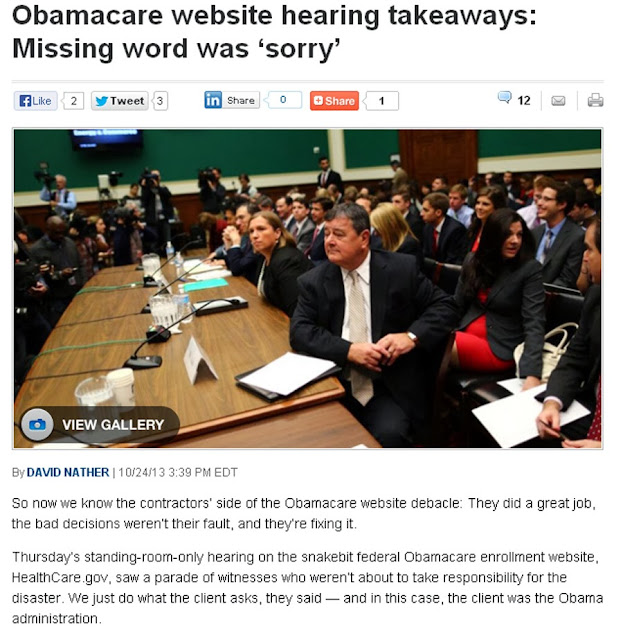 Politico sent out someone to slut-shame the Obama Administration and deliver a Puritan tsk tsk today for not bursting into tears in front of a half of a room full of nutty Congressmen, and my takeaway from this was to laugh and ask a childish question?

How many times did Bush say he was sorry when everything got fucked sideways?

How did Donald Rumsfeld respond when asked by men in uniform in a combat zone about the vehicles they were using while fighting the Iraqi insurgency? Rumsfeld said "you go to war with the Army you have, not the Army you want." And men and women died because of that.

Yeah, the Obamacare website isn't great. It is a Federal contracting and Information Technology problem someone has to solve. But, to sit there and harrumph and demand a sorry (which won't be accepted by grumpy wingnuts anyway) for something that doesn't even begin to compare to lying us into a war, letting an American city drown, exploding the Federal debt, torturing people on foreign soil, and tanking the world economy.