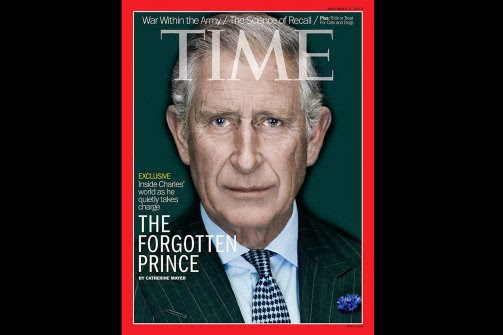 No one is clamoring for the Queen of England to die off so that her son can rule England into his rapidly-approaching dotage. Americans certainly don't care--they want more Kate Middleton! And she isn't even a royal by blood. The royal family of England, these Hanoveran Windsors, will be fundamentally changed for a century or more when Queen Elizabeth II passes away. Charles, William and George will rule England for the next 80 years or so, and it is very likely that the eldest child of George will be a boy as well. After Victoria and Elizabeth II, we are finally done with old women ruling the Commonwealth.

Prince Charles is royal by blood and he will rule, albeit briefly, and he will do so without any real affection. He is superstitious, a man of the 11th Century when it comes to science and technology, and he has muddled about in public affairs with all of the sophistication of someone paying for a seance.

Now is the time for all good men to consider cutting off the Windsors so that the British public can enter modern times. Why does anyone want or need a monarchy?
on October 24, 2013