Another Fraud Perpetrated Against Veterans 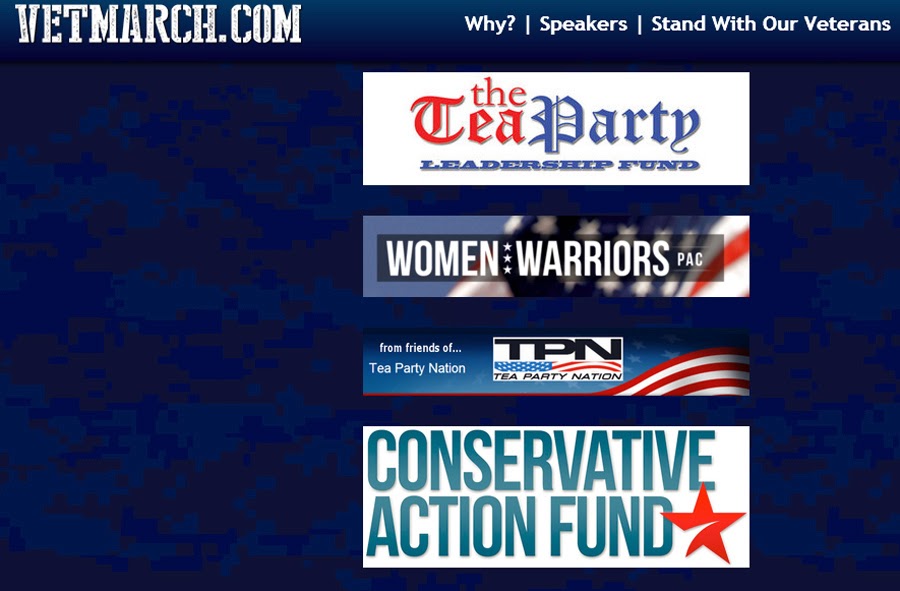 A Veteran's organization called Special Operations Speaks, which is somewhat affiliated and sponsored by the Tea Party, wants you to come to Washington D.C. and visit the memorials that were closed when the Tea Party shut down the dang government.

This is what they actually put on their website:

In a mean-spirited fit of selfish anger, Barack Obama has shut down our nation’s war memorials. And he has declared open war on our honored veterans! The World War II memorial … the Vietnam Veterans Memorial … the Korean War Veterans Memorial – Obama has shut them all down to force his will on the House of Representatives and frankly, to get revenge on the American people who oppose Obamacare and his other naked power grabs.

Let’s put it plainly: Barack Obama is behaving like a vicious tyrant. And if he succeeds in this assault on the democratic system, the Republic we love is at mortal risk. It’s just that simple.

That’s why I am asking you now to take two decisive moves to show Barack Obama, Harry Reid, Nancy Pelosi – and all of their oppressive ilk in Washington – that “We the People” are still in charge. And we won’t rest until we take back our memorials and monuments!

Are you shocked that a Tea Party friendly organization is attempting to use Veterans to draw attention away from the fact that the Tea Party shut down the government and thus, by extension, the Veteran's memorials in Washington D.C.? You shouldn't be.

Ted Cruz and the House Republicans who have moved far to the right of the John Birch Society have shut down the government. It's a Tea Party circlejerk, plain and simple, and stunts like this have to be bankrolled and carried out in the name of maintaining the lies that have deluded these people ever since that Negro won the White House.

Of course, they need cash to make this happen: 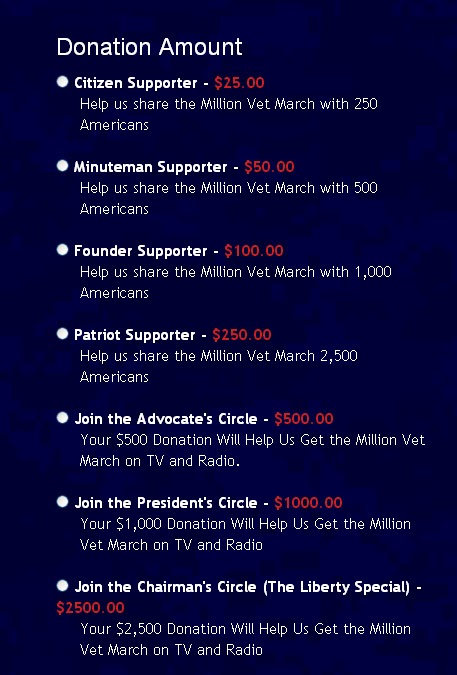 In fact, if you have $2,500 lying around that you don't need, give it to them so they can spend money on making sure no one blames the Tea Party for shutting down the memorials for Veterans that are closed because, well, shoot. The Tea Party shut down the government.

How can you claim we're living under a tyrant when the tyrant is the minority party in the House that followed one Senator off of a cliff? How can you claim that this is "for Veterans" when you can't even get the facts straight?

Instead of using the money to actually help the men in wheelchairs with their basic needs, you want to spend it on making sure people stop blaming the Tea Party for shutting down the government? What a bunch of bullshit.
on October 11, 2013