Alex Castellanos Pulls the Lever and Gets a Laugh 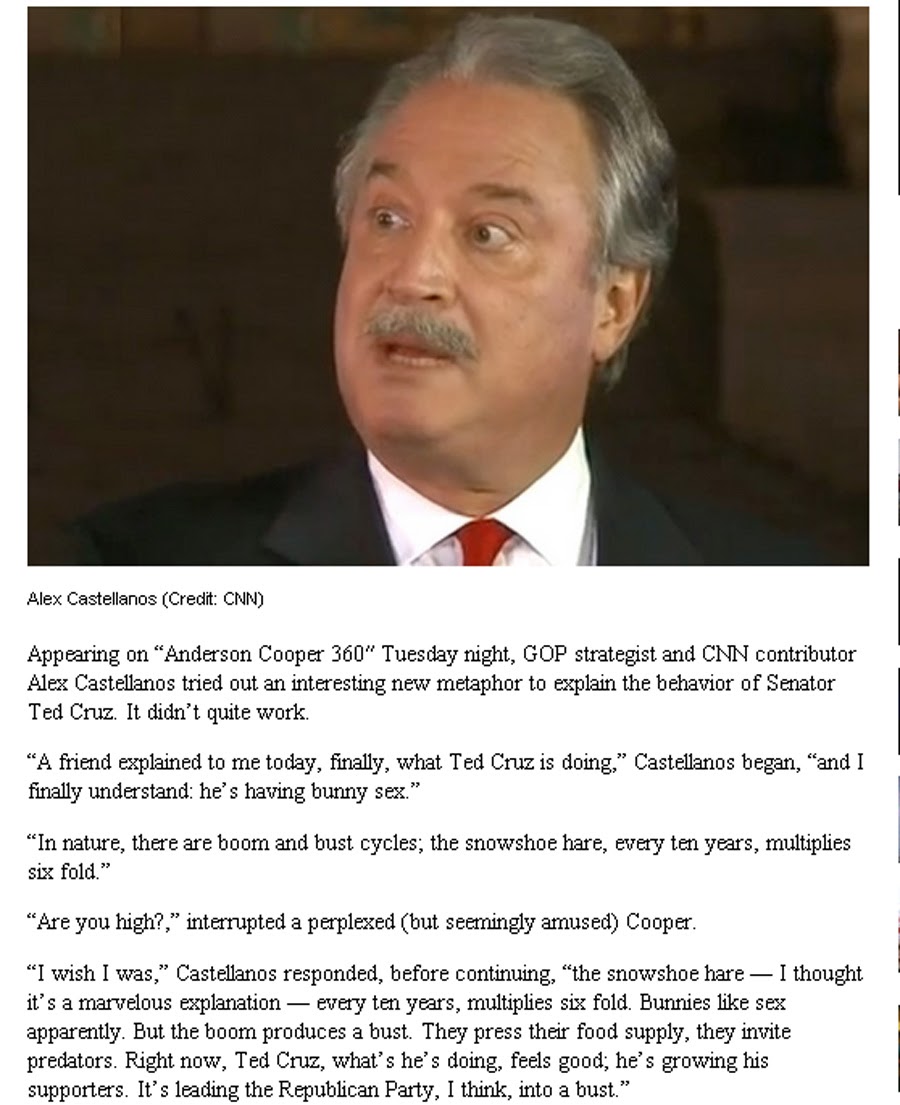 Alex Castellanos is my favorite kind of Republican--reality never bothers him. He goes with his gut. He sticks with what he feels, evidence be damned. His opinions aren't worth much because of this focus on what he feels over what he sees right in front of him. In other words, he's your average television pundit with your average record of being wrong more often than not. Laugh and point at the prettified man who thinks he knows something.

There is a bust cycle happening in American politics, and the Republicans are lucky the Democrats haven't been better at taking advantage of the fact that the wheels have come off the wagon pulling the GOP into the ditch.

The point Castellanos is making isn't a terrible one--there are population cycles in rabbit populations that decent people could talk about over the dinner table. But bunny sex doesn't work with live television.
on October 16, 2013