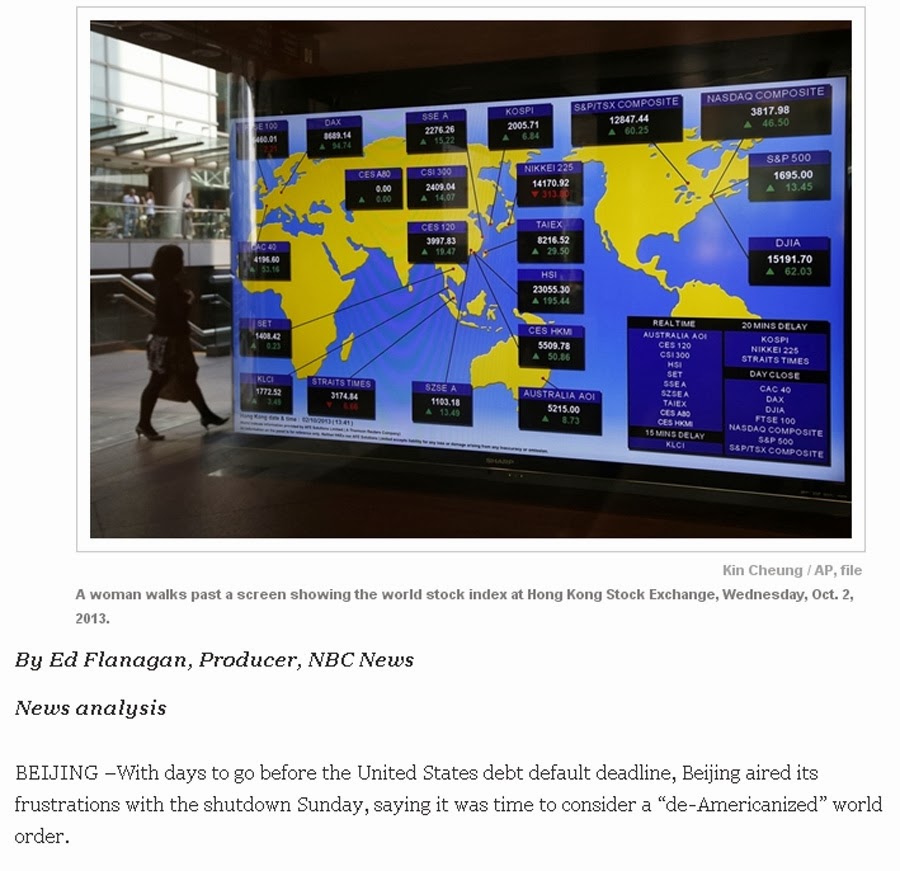 This is a cheapshot from the Chinese ministry of propaganda (or whoever thought it would be fun to make a comment today) that won't inspire anyone to abandon the United States and embrace the Chinese culture. What does China have that anyone in Europe wants, culturally or politically? They love the cheap manufactured goods, but are the citizens of Europe going to watch Chinese films and organize their parliaments to accommodate China's new version of Communism? Are they going to shift their currency and banking to Chinese models? Probably not.

Here's what China has gotten good at over the past decade--denying the impact of pollution. Will the world wrap their arms around the methods by which the Chinese kill themselves with poisons? Or are they going to be relegated to lesser status because of concerns over their indifference to how they run things internally?

China is a useful nation for most of the world. It can be used for borrowing, manufacturing, and as a counterweight to the Americans. It can be used as far as the transfer or sale of goods and raw materials. It does not have the cultural cachet that would attract other countries into its sphere of influence. China will have to pummel other nations to dominate them; that is the phase that seems to be around the corner. China would love to pummel Taiwan and Southeast Asia and the Koreans. How they do this is evident in the fact that the Chinese would love to start a war with Japan over long-forgotten islands that are worth nothing.

While the Congress dithers, American exceptionalism takes another hit.
on October 14, 2013