The Jackals Are Howling 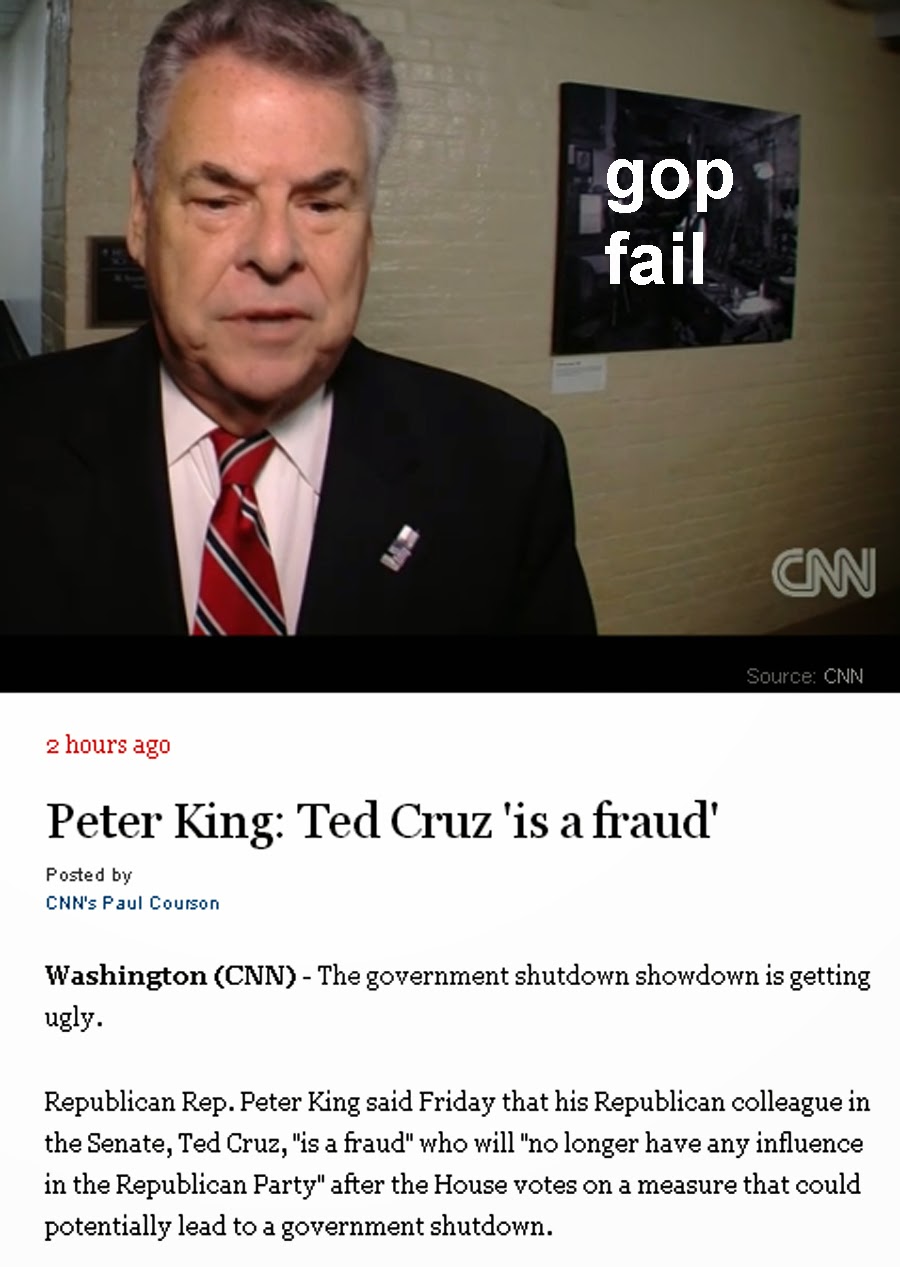 Peter King has decided to mortgage his future in the Republican Party in exchange for a ride on the crazy train, courtesy of the Tea Party.

It has not escaped the attention of anyone that the reason why we are where we are right now is entirely because these jackals decided to destroy America in order to defeat President Barack Obama. It is too late to turn back now. The Republican Party is now fighting itself more than it is fighting for the economic security and well-being of the American people. If the media has any function whatsoever left in it, the primary responsibility of everyone watching this fiasco would be to explain why the GOP is carrying out the wholesale destruction of the American economy in order to destroy a two-term Democrat.
on September 20, 2013