Return to the 50 State Strategy 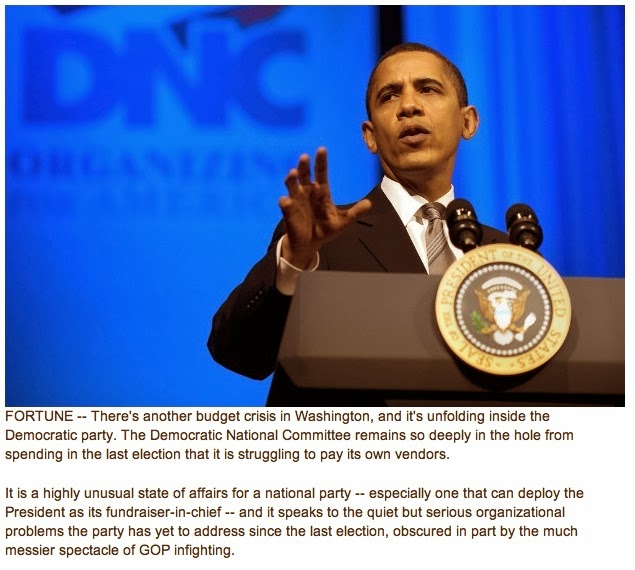 I think this is a non-story. We are almost half of the way between election cycles and I am wondering if we should be surprised that the enthusiasm gap in politics is broadening, given the fact that we are shooting ourselves in the foot every time a Democrat tries to reason with a Republican. If the DNC wants to move the debate, start the argument by explaining how extremism ruins the American way of life. How about we start calling them the American Taliban and fundraising off that for a change? How about we apply common sense to the situation and explain why we can't have nice things? Is that bridge falling down in your town? Remember who voted to cut funds to fix it. And then remember who fought for you and who took care of you. If you think a Republican cares about you, think again. Unless, of course, you're a banker or a Koch brother, of course.

The Democratic Party needs to bring back Howard Dean and go full court press on the 50 State Strategy. We need to have this argument. We need to fight every Republican everywhere in the country no matter what. We need to give hope to beleaguered Democrats in every Congressional District in the country. This has to continue for at least three election cycles and people have to buy in on it as a viable means of leading the country out of the darkness.

This is the legacy of Rahm Emanuel--the death of the 50 State Strategy and the collapse of the City of Chicago's school system. Fuck Emanuel for ruining those two things.
on September 30, 2013