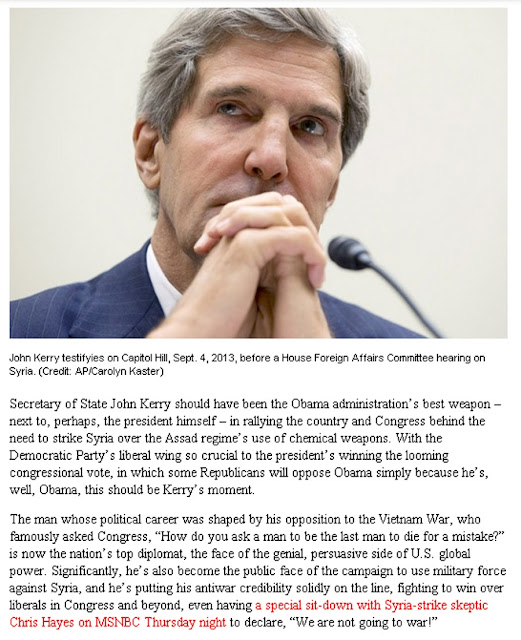 Joan Walsh is trying to maintain some of her access within Democratic Party politics in this article, and it shows very clearly how far you have to be willing to go if you want to end up shunned for having an opinion. The fact is, the Obama Administration has already lost the "war" in Syria before it began. There is too much opposition and no where for supporters to hide. The case has not been made for military action in Syria and the level of failure on display here is stunning.

I don't know if he's snakebit or a fool or if he simply puts himself ahead of everything else, but it is fair to say that this man could screw up a one-car parade in a town with no stoplights. It should be the easiest thing in the world to take the American people to war--God help them, they love it so. But they have failed to do even that, and it strips away the rotting skin on the back of this old, tired, half-dead warhorse. America is done fighting wars of choice on the landmass of Asia, and we should vote for someone who knows how to make peace.
on September 06, 2013