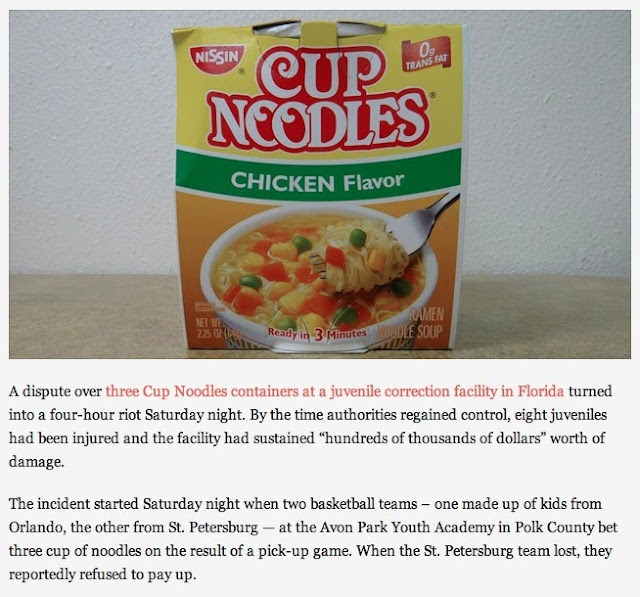 In Florida, there was a riot. Lots of things got broken and lots of people got hurt. The fact that it happened at a privately run juvenile correction facility is the actual lede, by the way:

A fight between the two teams broke out, and soon others joined in. As the conflict grew, the privately-run correctional facility evacuated its entire nighttime staff of 21 because they were not equipped to deal with the conflict. "G4S (the private company in charge of running the prison) employees are not allowed to have any specialty equipment to include pepper spray, which would have allowed them to deal with the fight before it escalated into a riot,” Polk County Sheriff's spokesperson Carrie Eleazer said. The facility also lacks any security cameras.

Ah, the private sector in action. This company, G4S, boasts about helping to secure airports and they can't even be bothered to provide the absolute bare-bones kind of security that you would think would be present in a juvenile correction facility. Here, they boast about keeping Central Piedmont Community College safe and secure. From what? All it will take to bring down CPCC is a serious case of the college kid munchies and a dispute over the custody of a few bags of Doritos.