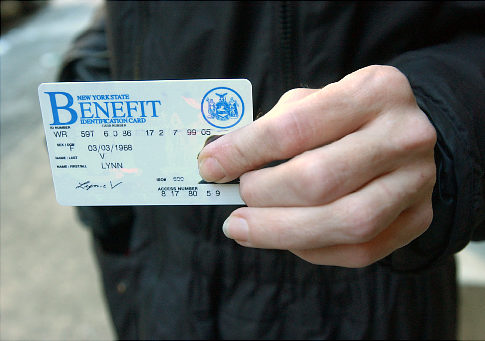 You gotta love this stuff:

House Republicans are preparing legislation that would cut food stamps by as much as $4 billion annually in an effort to downsize a program that many conservatives say has become too bloated in recent years.

A group of Republicans led by House Majority Leader Eric Cantor, R-Va., has agreed to try to advance the legislation as early as next month. The measure would reduce the $80 billion-a-year food stamp program by as much as 5 percent. House conservatives have urged major cuts as the Supplemental Nutrition Assistance Program, or SNAP, has doubled in cost since 2008.

The bill is certain to face strong opposition from the Democratic Senate and President Barack Obama, who have opposed major cuts to the program. They say cuts could drop millions of Americans off the rolls when they are already struggling from the Great Recession.

Are we headed for food riots and civil disturbances? That would also play into the hands of Republicans, who would turn this around and make the issue about how ungrateful people are for what little assistance they do need.
When you cut food stamps, you deny food to children. It is really that simple. So, it is not a stretch to say that the Republican Party is creating a generation of malnourished children. The social, economic, and public health effects of this wrongheaded policy--remember, what budget deficit are we talking about because it is falling every year--are going to resonate for decades.