Who Gives a Rat's Ass? 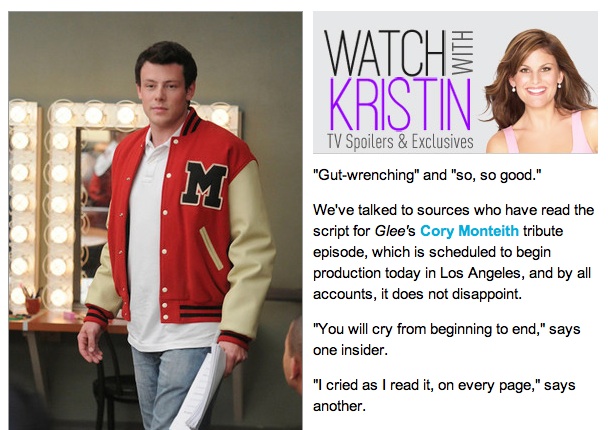 The death of Cory Monteith was a tragedy, but it wasn't a tragedy that should have sent the entertainment industry spiraling into several months of melodrama and garment rending. And I am certainly not saying that there shouldn't be grief, sadness, and a little commercial exploitation of his passing. From a drug overdose.

What I am saying is, who gives a shit now that we have seen two other people throw their lives away since Monteith killed himself by not taking fewer drugs? There was a reality television contestant and an actor on a cable drama who deliberately killed themselves. Is that anything to hold up and show as an example of how to live? No.

If this keeps up, people are going to throw themselves from cliffs and off buildings. The show called Glee is milking this tragedy. They are going to turn out fabulous numbers doing so and revive interest in the show and sell a lot of ads. But let's face the facts.

The kid was on drugs. He died. There is a respectable amount of grief that should come from that. And now that it has been a while, let it go.
on August 23, 2013