This is Japan's New Aircraft Carrier 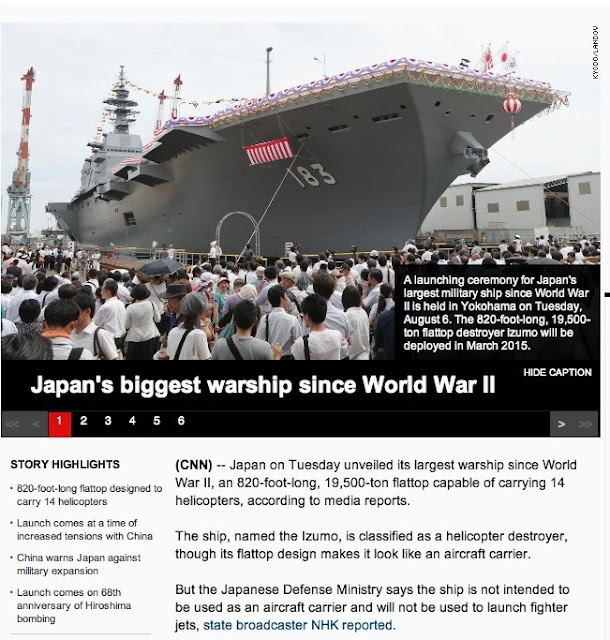 I am not a naval expert, but I can tell you one thing--that's an aircraft carrier.

Japan may call it a destroyer, which is shorthand for a small, fast warship, but this vessel is definitely not one of those. It is a small attack carrier, and it would be ideal for deploying a battalion of troops and a dozen helicopters into an area for security purposes.

Here's how the Chinese slammed them today:

"We are concerned over Japan's constant expansion of its military equipment. Japan's Asian neighbors and the international community need to be highly vigilant about this trend," the Global Times quoted the Chinese Defense Ministry as saying. "Japan should learn from history, adhere to its policy of self-defense and abide by its promise to take the road of peaceful development."

I would like to see Japan build a dozen of these things. They would be perfect for international aid missions, disaster response, and anti-piracy.  It would also help deter China's blue water navy initiatives and perhaps stave off the storming of disputed islands here and there.
on August 06, 2013