The Stock Market is Against a New War in Syria 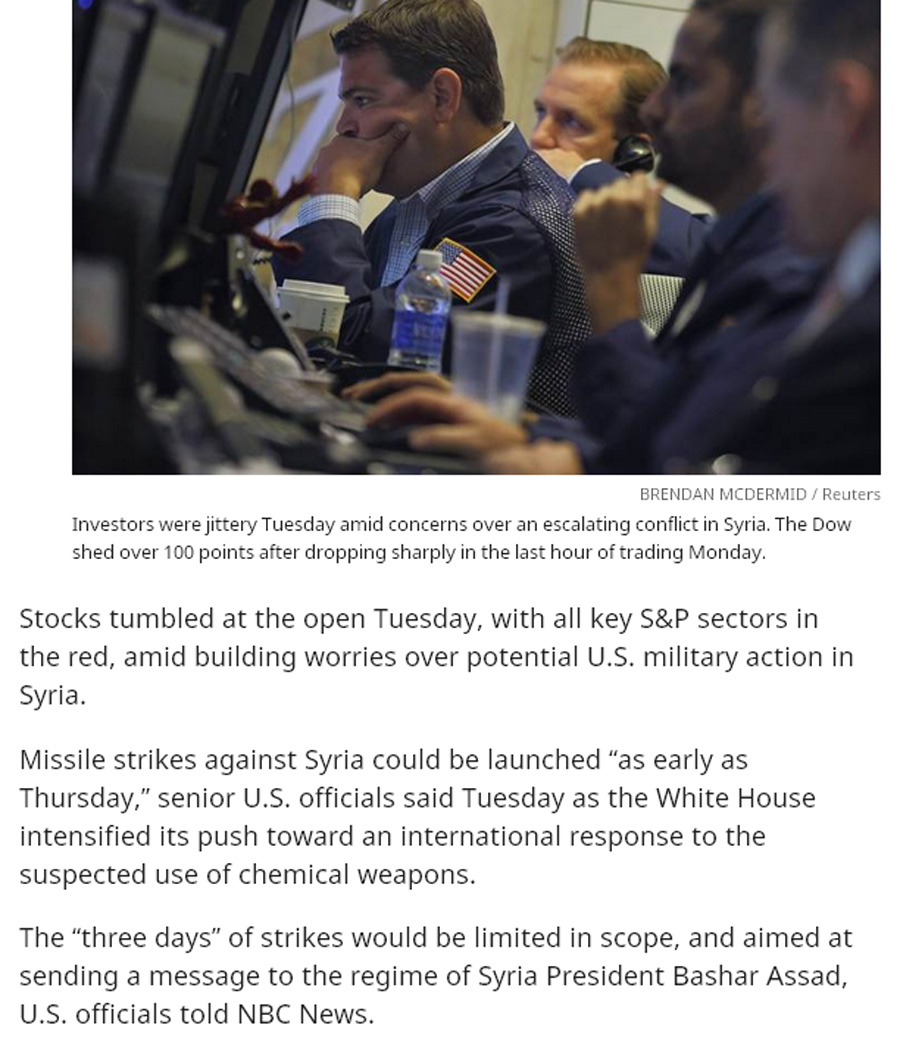 If the people who thrive on war and disaster capitalism and knowing how things are going to turn out are down on the idea of a new American war overseas, then there's something about that war that should warn people. Don't count on being properly informed. This whole thing with Syria is about pushing America into a neoconservative war against an irrational actor that is looking to be replaced by an even more irrational set of actors.

This is good news for the contractors who make and maintain all of those cruise missiles we haven't been using because the drones have been getting all of the attention. Maybe they just want to wait until the stocks of chemical weapons need to be replenished; maybe they're waiting on contracts from the Department of Defense to build new vehicles we don't need. In any case, Wall Street usually loves a new war. This time, they're hoping to take a pass.
on August 27, 2013