Spitting in the Face of Science 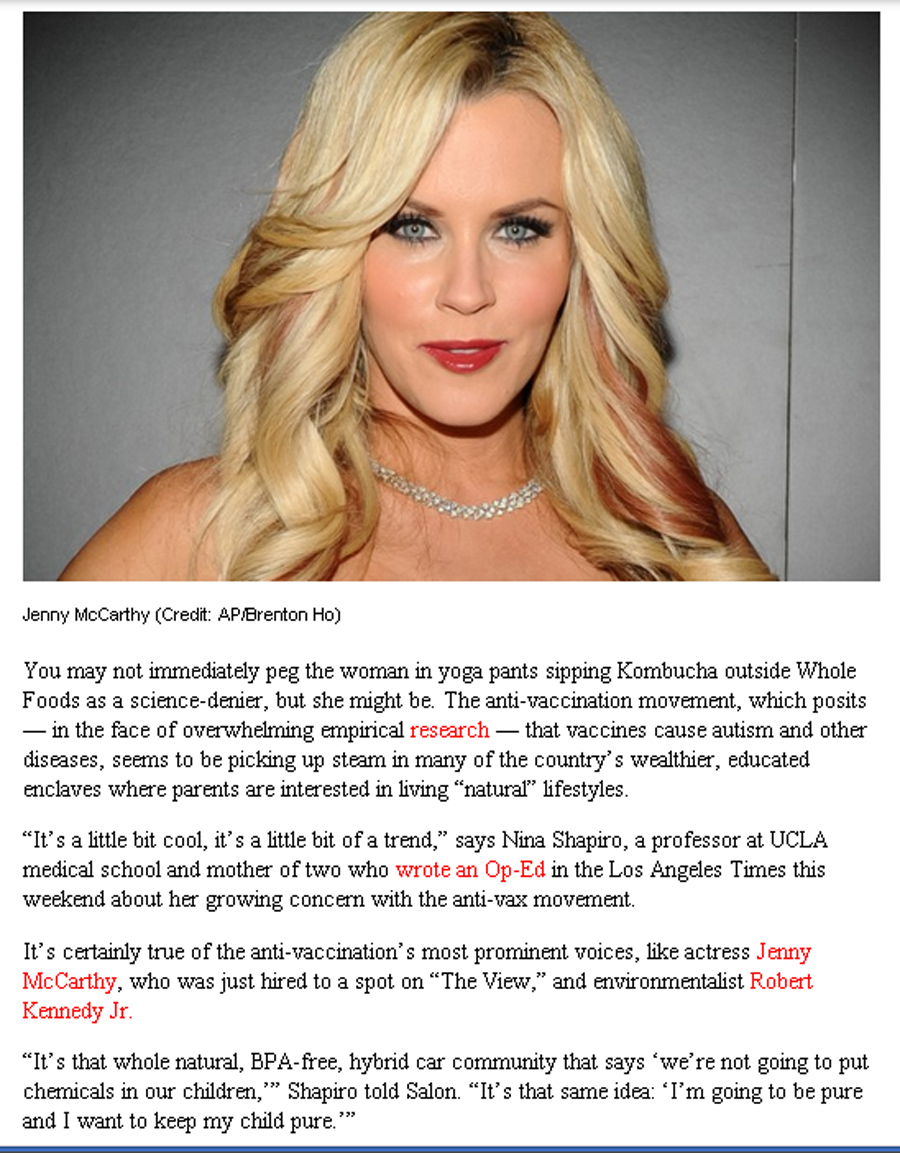 This is what being stupid gets you--a rejection of science in favor of believing in phony health advice. And that's really what's at work here. Jenny McCarthy is just the face of the anti-vaccine crowd at this point. She is enable by untold numbers of people who have fallen for the predatory nonsense of alternative health merchants in California.

As a public health threat, children who have not been immunized represent a step back in human progress. They represent the idea that a parent can fully believe in bullshit and risk the life of their child--and the lives of other children as well--based on something that someone with no credibility has been allowed to peddle.

No school should allow a child who has not been immunized to attend classes with other children. Why that isn't the law in California is hard to understand.

McCarthy and her ilk believe they are special and can hermetically seal their kid off from reality. They believe in the superiority of their information and their choices--none of which can stop whooping cough. They deserve what they are getting and they are hurting public health.
on August 14, 2013