President For Ever and a Day 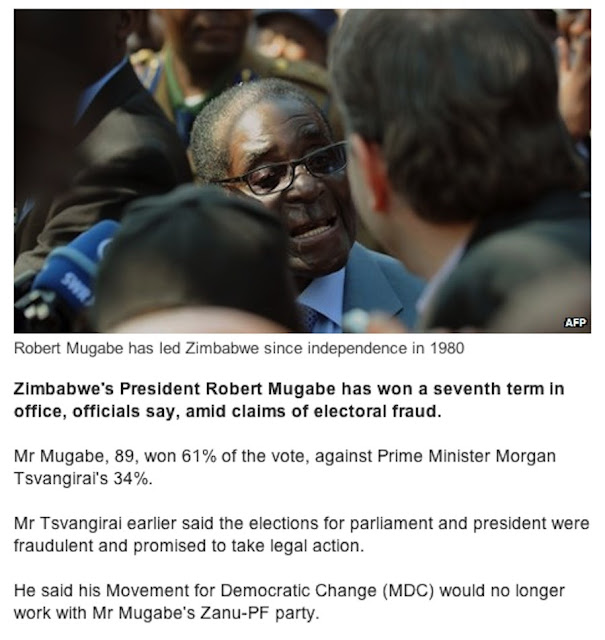 Robert Mugabe has been the President of Zimbabwe since the Carter Administration; I think it is safe to say that he will continue in that capacity until he is no longer with his people.

There is no retirement villa in Switzerland for him; no, he's going to remain the democratically-elected President forever. Winning with only 61% of the vote means that he is not entirely a farce unto himself, but should there be a civil war or coup, he will cling to power like the best of them (Vladimir Putin is a spiritual brother).

Tell me again why democracy is something we should be imposing on other countries?
on August 03, 2013