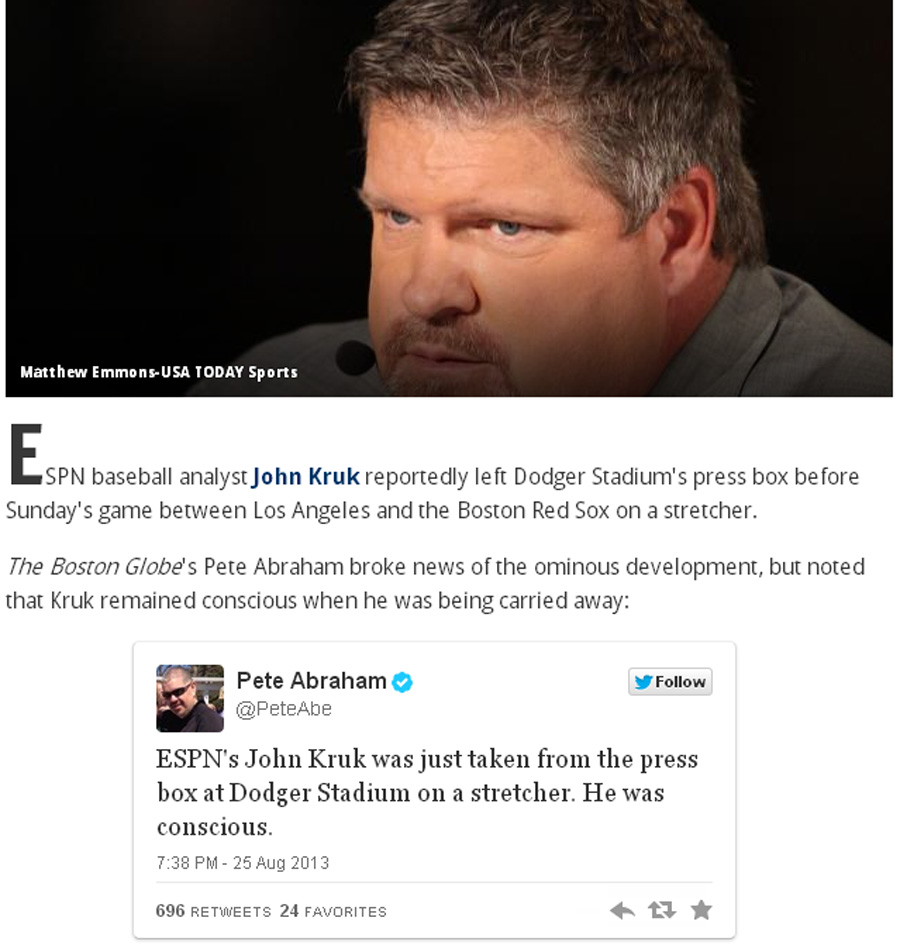 They are claiming that baseball analyst John Kruk was taken out of Dodger Stadium on a stretcher because of "dehydration." Is this code speak for falling down drunk? Or did he have a few beers and end up on his ass because he wasn't drinking water or Gatorade?

It doesn't matter. I have watched several games with Kruk in the booth and he's terrible. He offers little, if any, insight and is there to be "naughty" and earthy without actually bringing anything to the discussion that would make the game clearer or easier to follow.

The game had to have been smoother and more pleasant to follow with him gone. If ESPN keeps him after this year in such a prominent role, I would be surprised. There must be a dearth of capable commentators out there.
on August 26, 2013
Email ThisBlogThis!Share to TwitterShare to FacebookShare to Pinterest
Labels: Baseball, Commentary, Editorial, ESPN, Health, Media, Medical, MLB, Sports