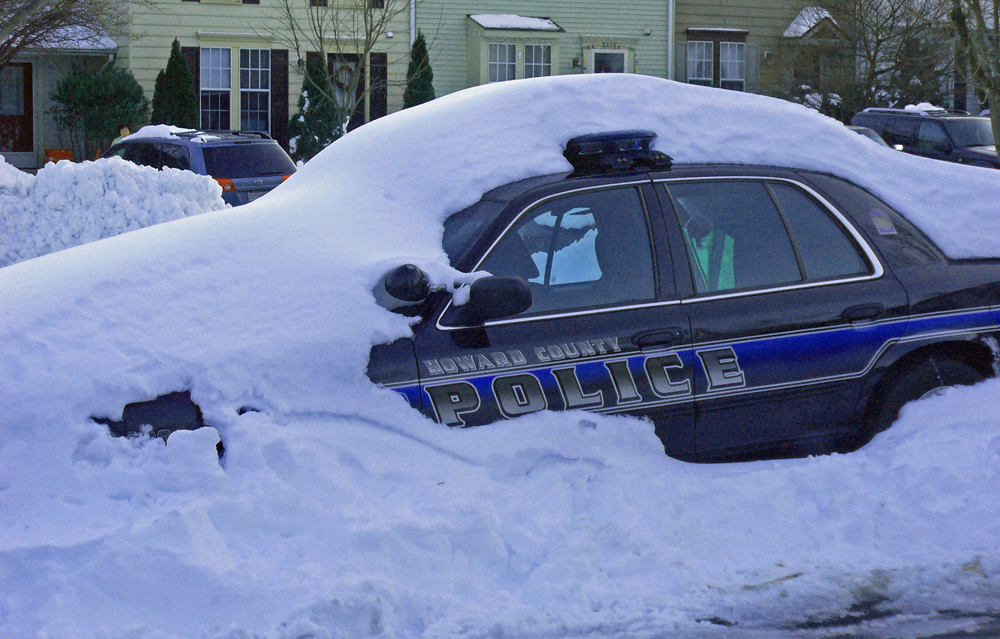 The surveillance state is here and it is not going away.

There are people who are struggling to figure out which path is the one that is more correct than the other. With that comes an agenda-driven desire to arrive at the superior position, at least that is what I'm seeing in the shrill and misguided opinions that are on the extremes of both sides.

This is the best expression of that struggle--between acquiescing to the surveillance state or opposing it--that I have seen so far:

I try to avoid the emoprog-obot debates. I don't really get them really. It's just posing. I never claim to have the ultimate authority over things but, honestly, I'm really not posing. That I imagine I call-em like I see-em doesn't mean I think I'm always right, it just mean that I'm mostly not being a hack. Tell me I'm wrong when I am! I listen.

The surveillance state is obviously out of hand, super expensive, and quite likely totally pointless (for its expressed purpose) and incompetent. I don't even consider this to be a comment on Obama, except to the extent that he is dishonest/supports dishonesty on this issue.

In order to answer these questions, you have to think about what you would say if Mitt Romney was president. Would you support a Romney administration's use of these powers? If I'm being honest, of course not. I don't trust the Republican Party to find acceptable individuals who will protect our national security without first using their power for the good of their own personal agendas. For all of the expressions of bias out there, it really is important to note that this is the dividing line--an acceptance of the legitimacy of President Obama or a complete rejection of politics and a belief in the conspiracy theory of government. If you have concerns about this administration, join the club. If you think there is no salient difference, you haven't been paying attention for the last decade or so.

The Congress is responsible for ensuring that there is no abuse of government power. It is supposed to prevent the Executive Branch from abusing the rights of American citizens. There is no "unitary executive" and there never has been one--there have simply been instances where Congress didn't exert enough pressure on the Executive Branch. We should be mad at this Congress--mad enough to throw the bums out. Eight years of President Bush have left us angry at the office of the President when we should be demanding accountability from the House of Representatives.

When I look at what has been happening, I keep coming back to the abuses of power that were commonplace under J. Edgar Hoover. There were no checks on his power--he abused his position worse than anyone could possibly imagine. If there's a Hoover in our government now, God help us all. The problem is, we have to provide basic security in a competent way without giving way to abuse. We need to defend this country without surrendering to any tyrants or bullies.

The solution to all of this is a strengthening of oversight and compliance. Nothing succeeds like transparency and sunlight and throwing people in jail if they break the law. In the American system of government, you never, ever trust anyone to do what they are supposed to do. You ensure they are doing the right thing through a vigorous process of checking and verifying what they have been doing. It does not matter which party we are talking about--never, ever put your faith in someone who looks like a swell guy.

All of this talk about the current scandals ignores the most basic thing of all--we have neglected our laws and this is what we're left with. We neglected oversight, we failed on compliance, and we have a set of laws that does not properly safeguard privacy.

In my opinion, expecting privacy in the digital age is akin to being naive and foolish. The commercial gains from selling private data are too great and those laws should definitely be updated as well. If the laws were tough enough, Facebook would be looking at selling itself to someone right now.

It is not--and it should never be--naive to expect oversight and compliance from the Congress. If this isn't a call to arms to throw the bums out and end the gridlock, I don't know what is. We need legislators who can actually legislate; we need to get rid of the ideologues and the incompetents and the show ponies in both parties.
on August 20, 2013