This Will Not Work and It Will Not Last 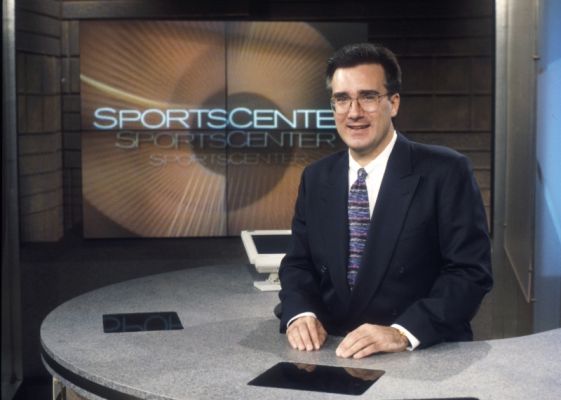 ESPN is expected to announce on Wednesday that the former network mainstay Keith Olbermann, who contentiously departed in 1997, will return to host a one-hour, nightly show for ESPN2 later this year, according to three executives with knowledge of the deal but not authorized to speak about it publicly.

Olbermann, 54, became renowned for co-anchoring ESPN’s “SportsCenter” with Dan Patrick — arguably the most auspicious pairing in the history of the show or the network. He left the show briefly to help launch ESPN2 in October 1993.

The move to bring Olbermann back after a 16-year absence was the result of 14 months of intense discussion within ESPN and its parent, the Walt Disney Company.

Within ESPN, there was concern about asking Olbermann back because he left the network under emotionally charged circumstances and because it was feared by some that Olbermann had become too politicized as the host of his interim MSNBC program “Countdown,” which aired from 2003 through January 2011.

On his new show, Olbermann will be free to discuss matters other than sports, including pop culture and current events, but not politics, the two-year pact specifies. [emphasis, mine]

Talk about burying the lede. This story fails to highlight the one thing that matters when it comes to Olbermann's return to ESPN--he will not be allowed to talk about politics. The problem is, sports and politics intersect in a lot of natural places. When it comes to the major sports figures, there are politics involved when it comes to their reactions to current events. I don't think ESPN really understands what it is getting.
On the date of the announcement of the Trayvon Martin verdict, there were sports figures who weighed in with their opinions. How could a Keith Olbermann program, broadcast on that day, not cover the impact of the verdict and discuss the politics around it? How could he deal with the racial undertones and not look at how they affect athletes who express an opinion that is directly at odds with a number of prominent political figures?
How would his program deal with a recalcitrant wingnut hockey player who refuses to visit the White House and not talk about the politics behind that?
Olbermann is a great broadcaster but I have always believed that he should be on CNN, offering some real commentary and perspective. I think he should have a primetime hour on CNN and he should be left alone to talk about the news. Going back to ESPN is a mistake.
on July 17, 2013