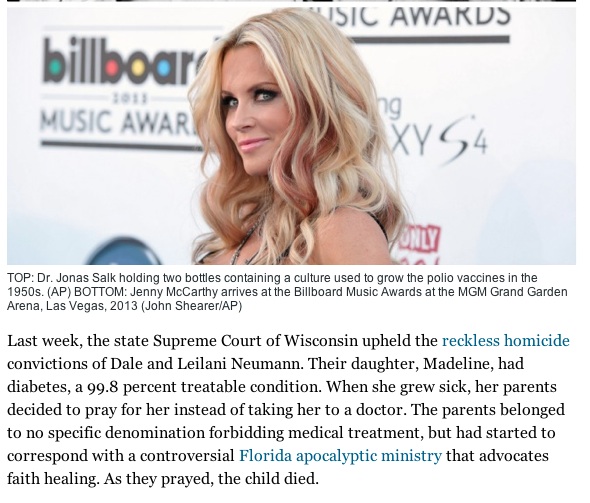 This article goes on to talk about what a disaster it would be to give Jenny McCarthy a platform to espouse her nutty anti-science beliefs. But, really, we need to go further than that.

Few articles go into enough detail over this issue and this one in particular does not mention the fact that Diedre Imus and her husband, radio host, Don Imus, bullied people--yes, bullied them and taunted them and called them names--for years over this very same anti-vaccination research and put pressure on politicians to enact legislation. As soon as the research was exposed as a fraud, nothing more was said. Diedre Imus reached far more people of influence and power than Jenny McCarthy could ever dream of reaching.
Children are dead because these people used their power and influence in the media to spread ideas that turned out to be fraudulent. No accounting for that has been held thus far.
on July 12, 2013