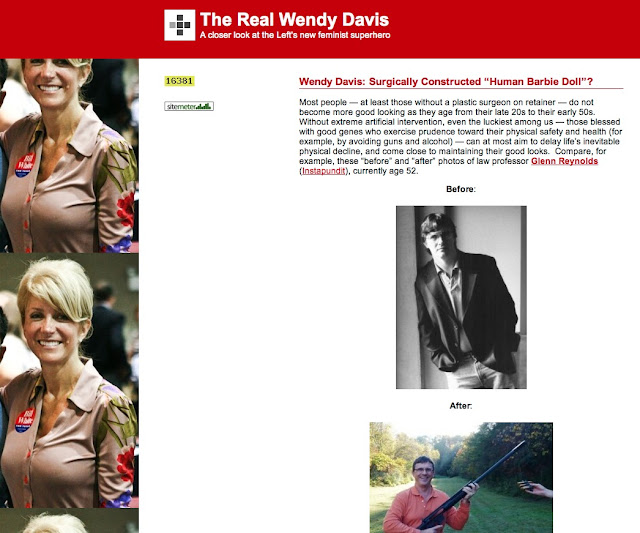 Here is plain evidence of the insanity of the conservative mind, demonstrated cleanly and neatly by some sick bastard who decided to focus on the appearance of Texas State Senator Wendy Davis.
How does the right wing confront her belief that women should control their own bodies? By attacking her appearance and her body and sexually degrading her by comparing her to a Barbie Doll.
Knowing full well this will disappear, I've archived the screenshots for future reference against these assholes. 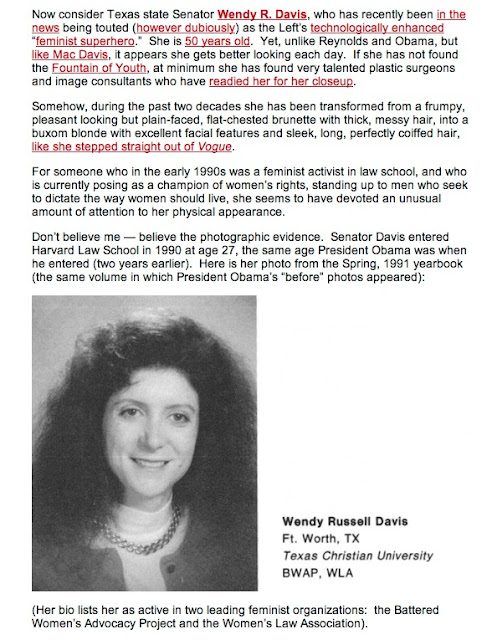 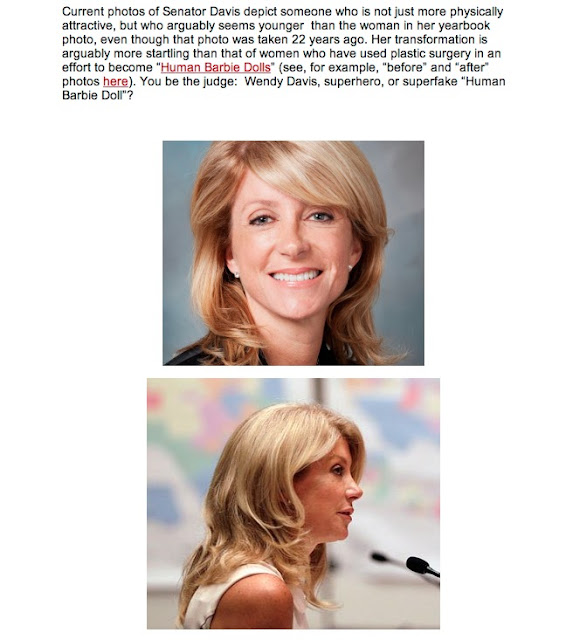 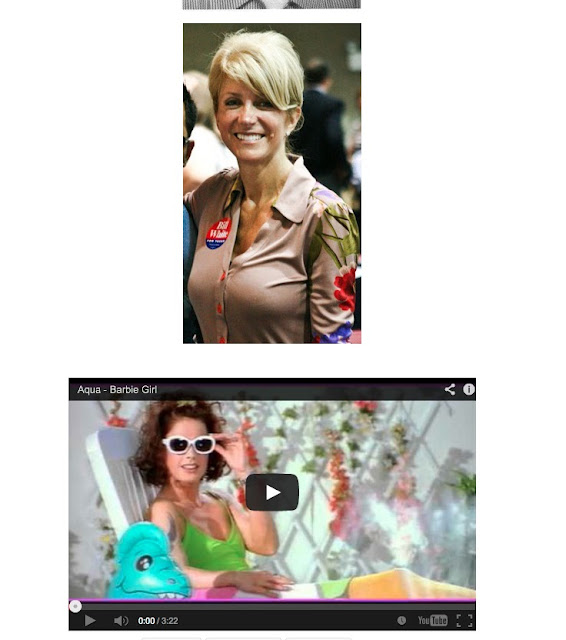 That's nice work if you can get it. What a sick bastard. Who is the party of ethics, values, and decency? Not the people who support this kind of thing. Not the people who attack and defame and try to use this woman's physical appearance against her.

Every time someone says "there is no war on women" just Google the name of Wendy Davis. These animals are going to go after her like she was bin Laden. Jeebus.
on July 01, 2013