Maureen Dowd Phones It In 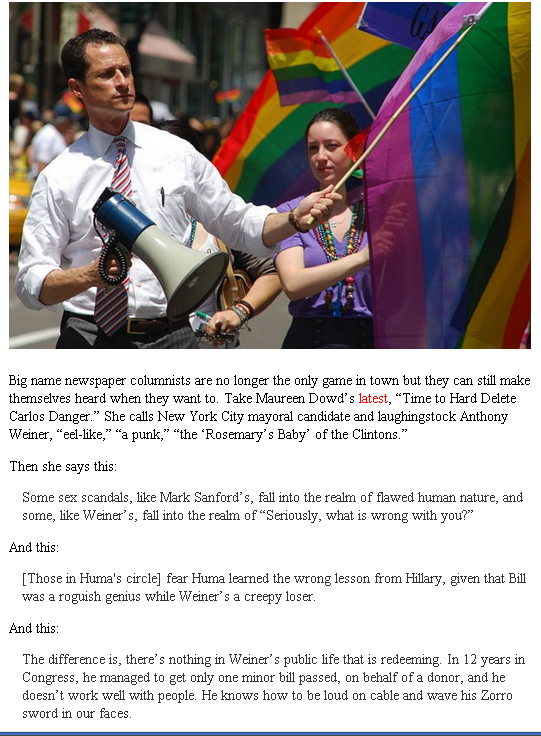 Another outrage of the week? And it is only Monday?

If you're going to tell me that Maureen Dowd is upset because a politician did something sexy for which she didn't grant prior approval or inspire, then I would say, hold on a minute because we haven't gotten to her mid-week attempt at remaining relevant.

It would take effort for Dowd to ignore the sexism and assess the political future of Anthony Weiner. He has broken no laws (except for, perhaps, campaign finance laws) and there is a complete and utter absence of celebrity and star power in the race to be the next Scold of America, otherwise known as Mayor of New York City. He's not quitting and neither is his wife. So, what does she do? She puts on her scolding pants and shakes her bony finger at Weiner and that's what passes for punditry nowadays.

Is Weiner finished? Absolutely. But Dowd is the one who should have been sent packing.
on July 29, 2013