Lindsey Graham is a Terrible Senator 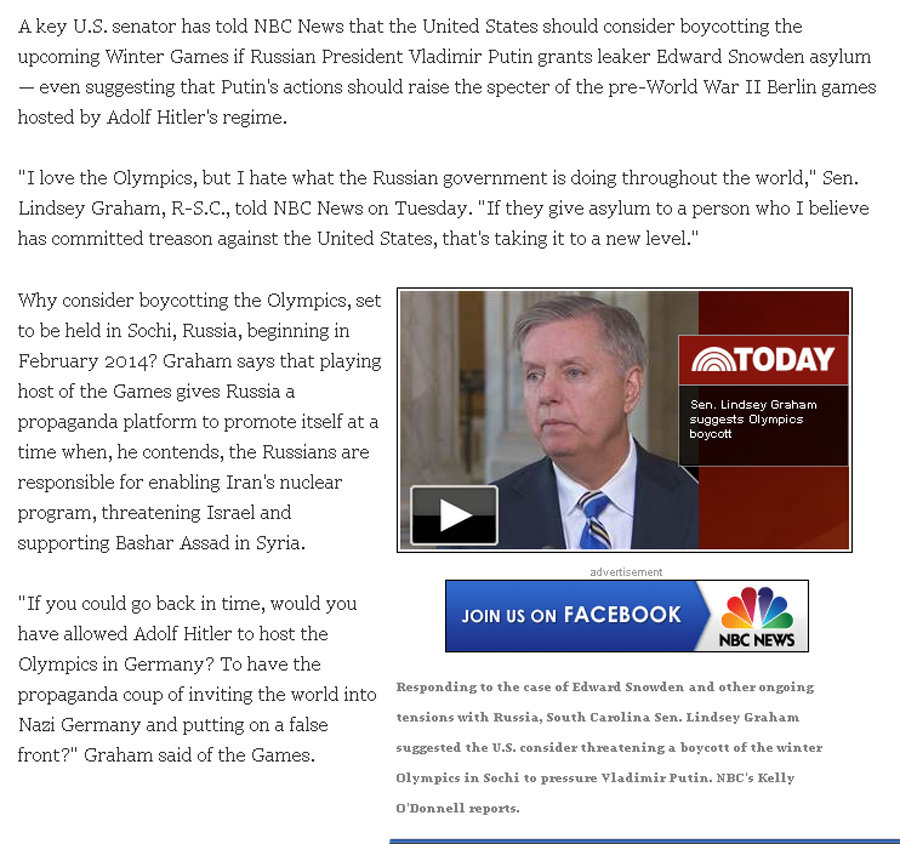 Identifying Lindsey Graham as a "key" senator is a mistake. He is not a key anything and has no natural power base in the Senate besides the strange weight that John McCain commands. How McCain was able to wrangle a deal yesterday with Harry Reid is, by extension, the only real power that Graham has. He is wedded to McCain and cannot escape his orbit.

Equating Russia with Nazi Germany is a terrible, terrible foreign policy blunder. This is diplomacy 101: never match the Russians with the Nazis if you want to get anything out of them. The United States can trade Viktor Bout for Edward Snowden if it is willing to make a deal, and we should make that trade. It would symbolically link Snowden with someone reprehensible and far more valuable.

I would argue that Snowden's value has diminished rapidly. He is a wannabe and Bout was a real player on the arms dealing markets. Russia would get the better of that deal but America would have a chance at finding out why Snowden wasn't happy having everything. In and of itself, that would go a long way towards understanding why this country is so miserable.
on July 17, 2013