Larry Summers is a Bad Choice to Run Anything 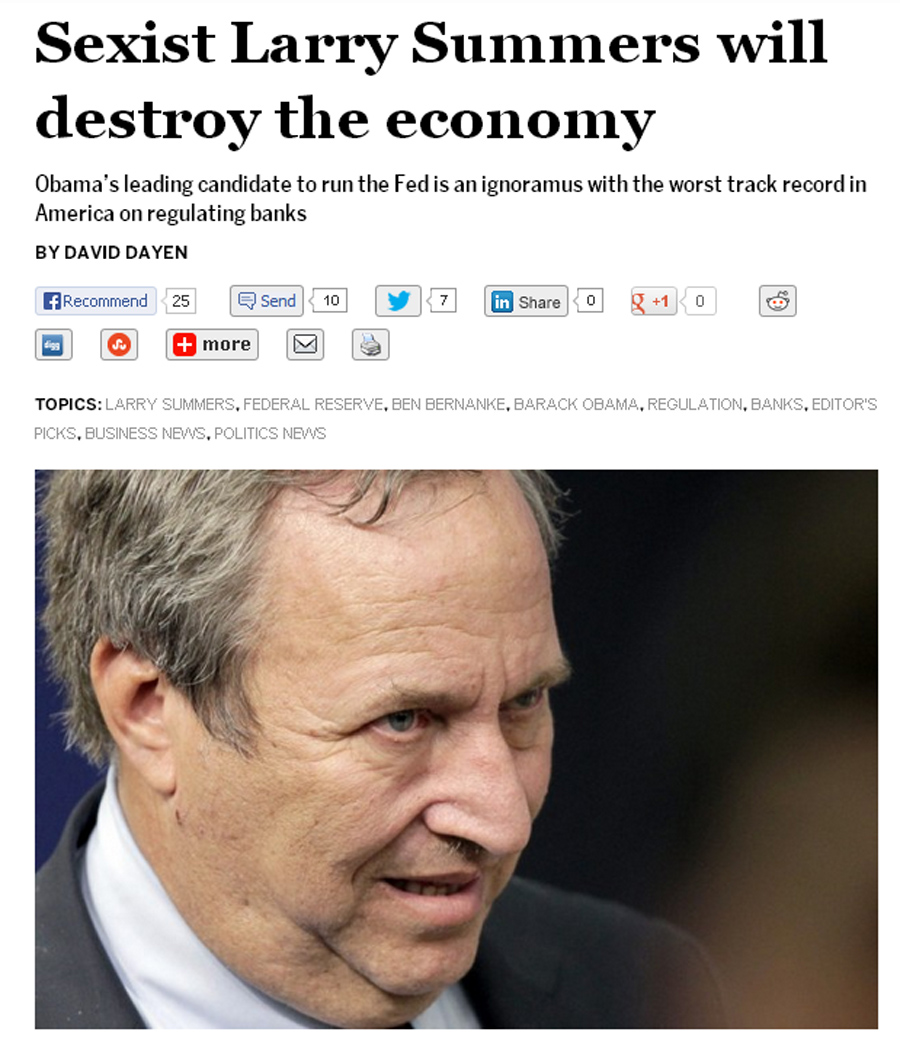 My favorite headline this week has to be the one listed above, from Salon.

How? How can someone who is a sexist destroy an economic model or system? Being sexist is awful enough but how does that translate into being bad at economics? I suppose you could defend this opinion by talking about choices and prejudices, and that might support the idea that a sexist could tank the economy. What if Summers turns out to be exactly the right choice in spite of a history of being sexist?

I don't think that's likely, but it would make for a great navel-gazing post somewhere.

In the case of Larry Summers, being bad at deciding what is right for America is enough to disqualify him from being Chairman of the Federal Reserve. On the issue of deregulation alone, Summers should quietly withdraw his name and go back to slapping himself.

It's not like the Republicans in the Senate would confirm him anyway.
on July 24, 2013