Hating People Who Are Hungry 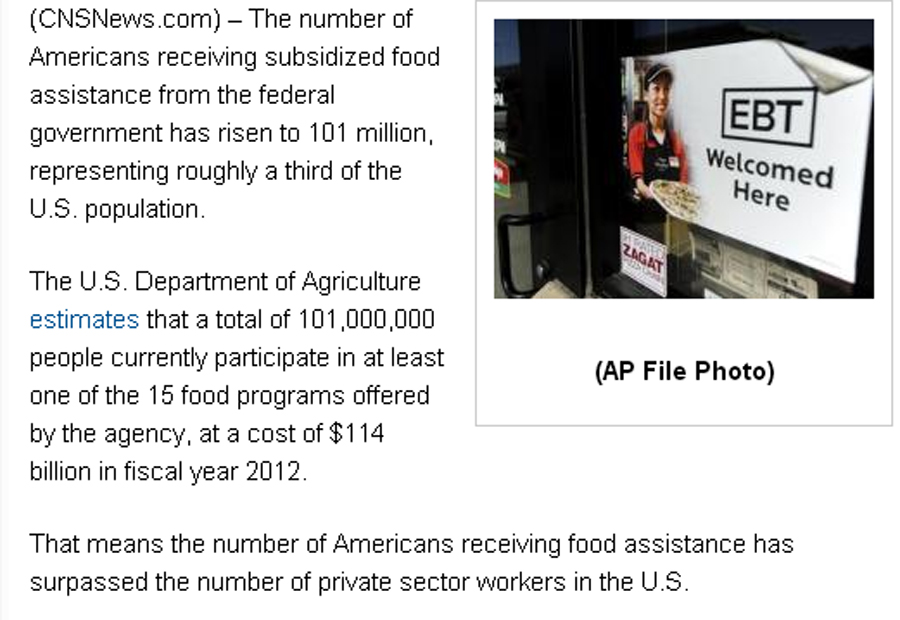 Wingnut media outlets love stories like this. Here, the "statistics" on who is using public assistance in order to obtain food are used to gin up phony outrage. Stories such as this are red meat for screaming maniacs who have nothing better to do than assert their tribal instincts. "Those" people are lazy and living off the government teat. "Those" people are getting something for nothing. And so on and so forth.

Here are the usual comments you would see with a story about hunger in America: 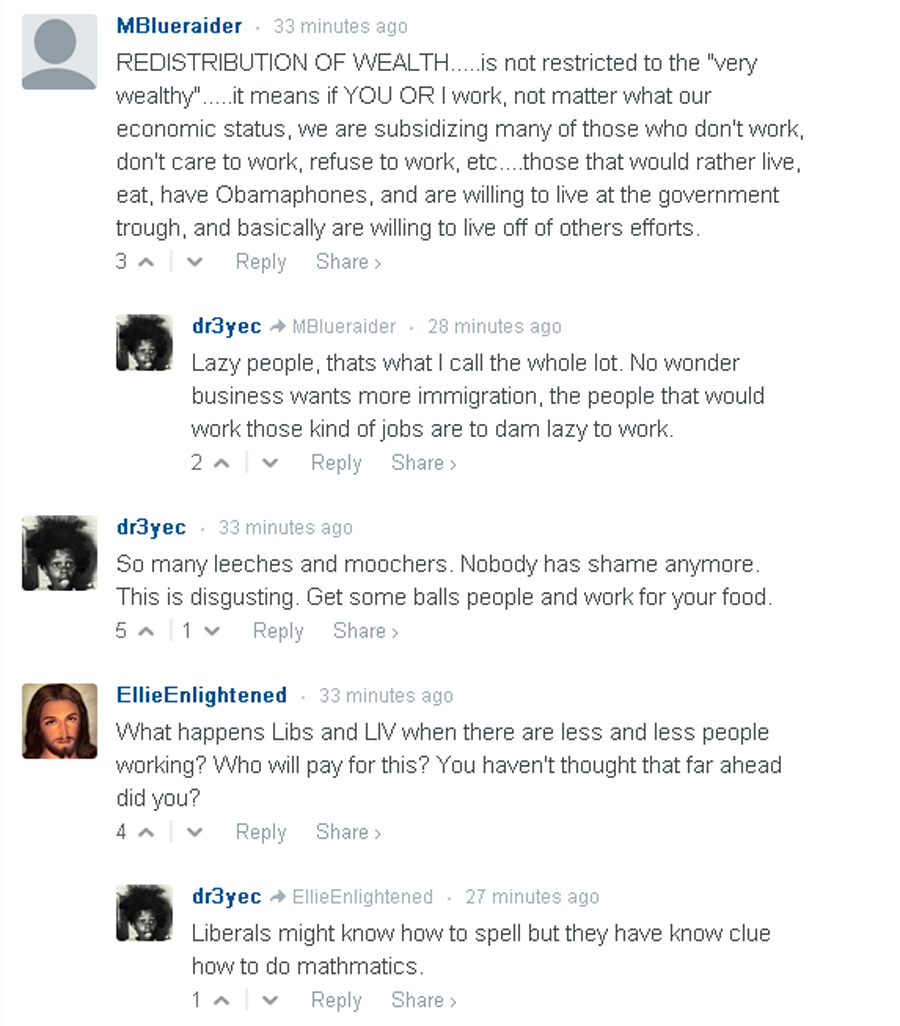 All of these smart people believe that they know what the problem is and what the answer will ultimately be: we need to throw these people to the wolves and let them starve--that'll teach them to have bad luck. Oh, and this is typical--shaming people who need to be shamed is a key wingnut practice: 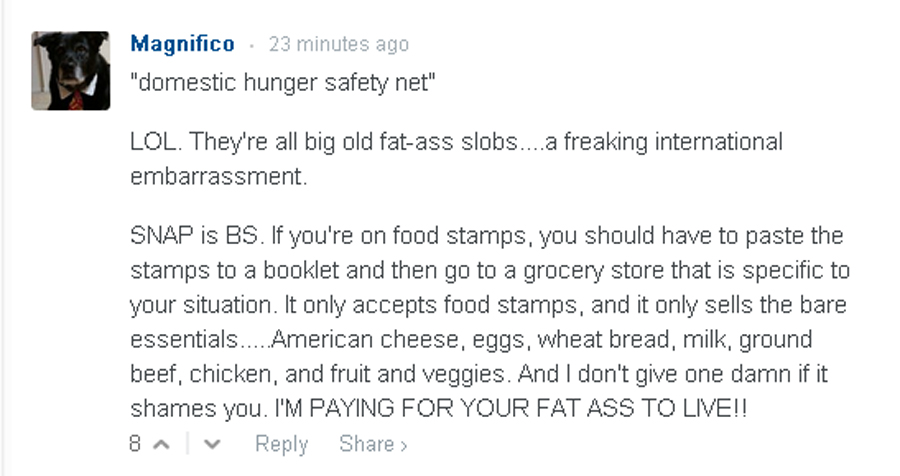 The visceral hatred shown for hungry people is staggering. The government doesn't "feed" all of these people. The government makes programs available that supplement what people eat, allowing them to spend their money on other things, thus generating an economy that supports everyone.

When you actually begin to investigate the statistics and methodology, you come away with a vastly different picture. The vast majority of the people on hunger assistance programs--well beyond the halfway mark of 101 million Americans--are children. There are 32 million school children participating in the school lunch subsidy program alone. Almost 11 million kids are getting breakfast at school--a fantastic program that is well worth the cost in terms of keeping kids fed and productive so that they can learn and, one day, get jobs and pay taxes. Conservatives oppose abortion, obviously, and they hate underfed kids about as much. So much hate, so little time.

Millions of Americans participate in programs like Disaster Food Assistance, The Emergency Food Assistance Program and the Senior Farmers Market Nutrition Program. These are hardly free giveaways for deadbeats. They are transitional support programs and supplemental programs that put food on the table for people who have been through national disasters, through immediate loss, and for the elderly (the same people who, by and large, vote conservative, of course).

The idea that ALL of the people getting food assistance are deadbeats is laughable. Many of these people are children, the disabled, and the elderly. Many of them are suffering from catastrophic events and temporary unemployment. We have 300 million people in America and not all of them are going to be workers paying taxes. That is not and never has been our system. We have built a system that helps people get back on their feet and live with some dignity. If you spend your whole life hating everyone who isn't as lucky as you are, it's easy to howl and have a ragegasm over whatever the latest piece of anti-Obama rhetoric has produced.

Oh, and a lot of those people getting assistance are broke because the Republicans in Congress have killed job creation initiatives for years. Don't bring that up, of course.
on July 08, 2013