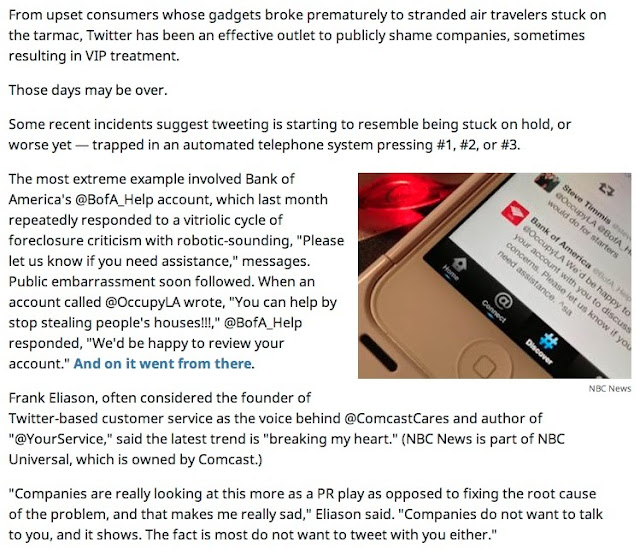 Who is this stupid?

When you deal with computers, you are not necessarily dealing with a human being on the other end of the interaction. You could very well be dealing with--and I know this is shocking for some people--an automated response.

The lack of common sense out there is breathtaking. And you can expect more of this because actually paying people wages to do this kind of work is vanishing faster than what we used to call a music industry.

Twitter does not care about you, your tweets, who is tweeting back to you, or anyone or anything. Twitter is an Internet business that is worth a great deal of money. It transmits millions of messages that are, essentially, meaningless. When I "tweet" this post, it will go out over Twitter and nothing will happen.