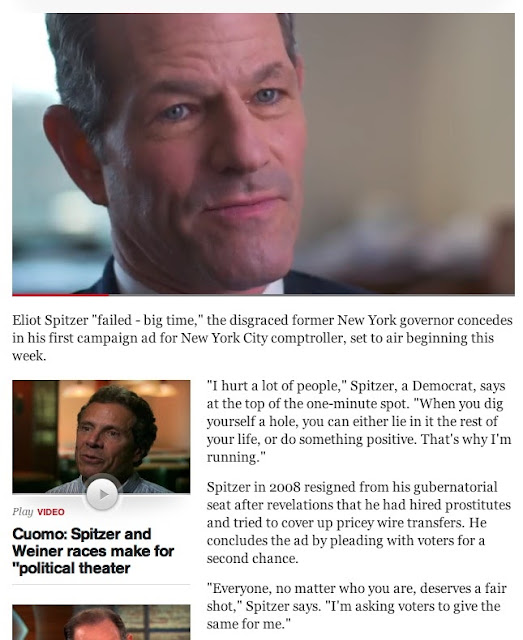 I am not sure how we got to this point in American society, but now that we're here, let's clear up a few things.

When you made your living as a prosecutor putting away hookers while you, yourself were using hookers, that makes you a hypocrite. In and of itself, this is not all that awful, but here's what was awful. While patronizing these women, Spitzer insisted that the sex acts between himself and the women in question would be free of condoms or any kind of protection. This makes everything that happened a complete and utter farce. Spitzer demonstrated a calculating disregard for other humans, a contempt for society, and an a callous disregard for others.

In other words, Spitzer was capable of using his power to satisfy himself without any regard for others. He was capable of putting that power to use in a way that dehumanized others. He represents a dangerous double standard in American life, one that criminalizes what women do while excusing men.

And he expects to be handed back power over others?