Contractual Obligations of the Heart 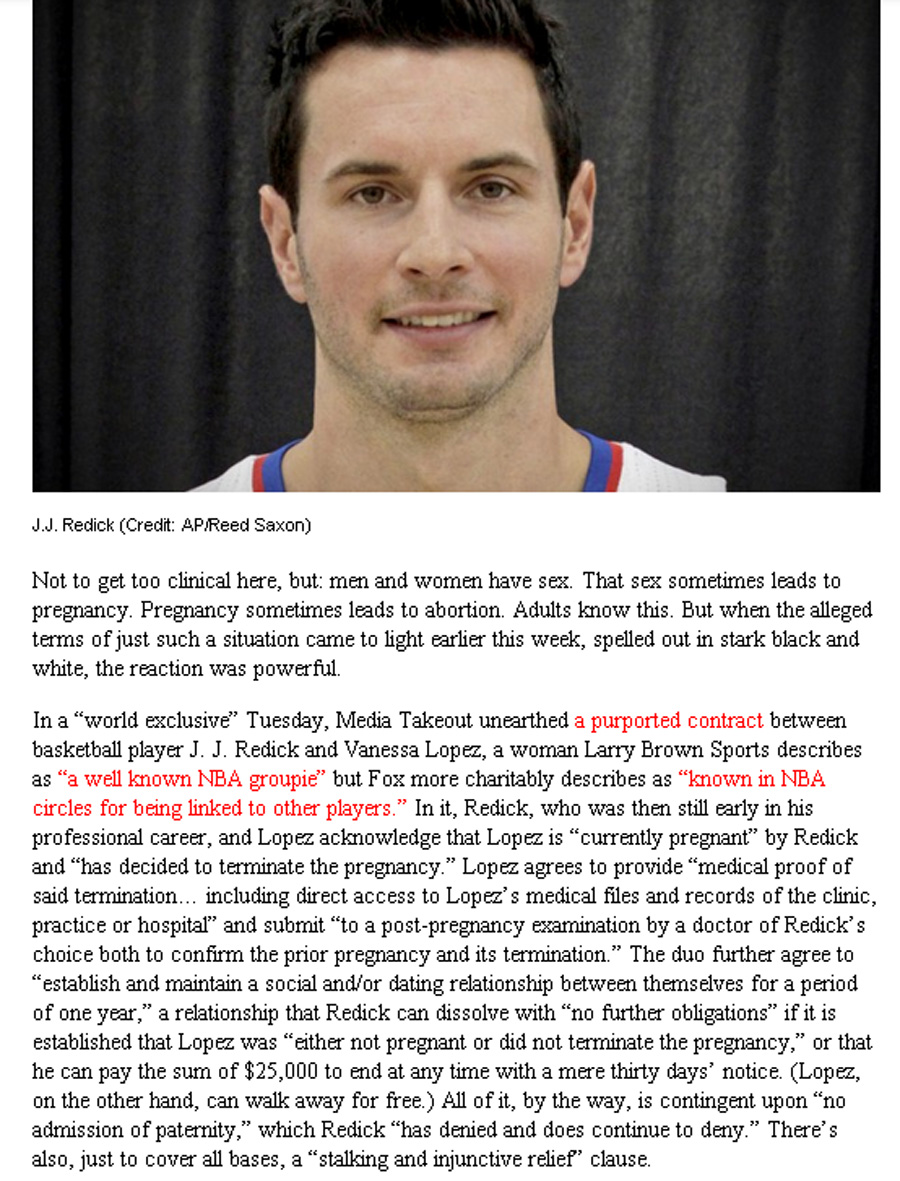 Modern American ethics and values are on display in this particular instance. For starters, I refuse to call the woman named here trash. I think that the first inclination would be to go after the groupie and not the NBA player in question, the former Duke Basketball star, J. J. Redick. American society is addicted to slut shaming. The slut in question is the young man who needs to use the law to solve his problems.

Here, you have a wealthy professional athlete cleaning up something that went wrong. You have a legal instrument that he can use to protect himself from having to spend the next 18 years paying child support; in the NBA, fathering children and then being stuck with the bill has been commonplace for years. Abandoning them is hardly even news anymore. Redick is simply taking steps to solve the problem before it starts.

And while all of this seems practical, let's get to what drives things like this--Redick is making a legal move to protect his status, his money, and his marketability. All of those things are more important than the situation he created with the woman in question. The only thing that matters is what Redick's people are telling him. The influence that his legal team has in his affairs has dwarfed decency and common sense.

Signing a contract with a woman so that you can ensure that she has an abortion hands the anti-abortion crazies yet another thing to use against women who should be entitled to safe, secure family planning options. It removes the morality of the choice from the equation, giving the factions that want to ban abortions another weapon. The legal contract removes the choice from the woman; that's what we should be uncomfortable with in this case.

Doing right by a child has nothing to do with anything anymore. Chivalry couldn't find purchase here. But, good for Redick. He has finally given people a reason to think of him as a professional basketball player.
on July 25, 2013