Charles Saatchi Is Not a Gentleman 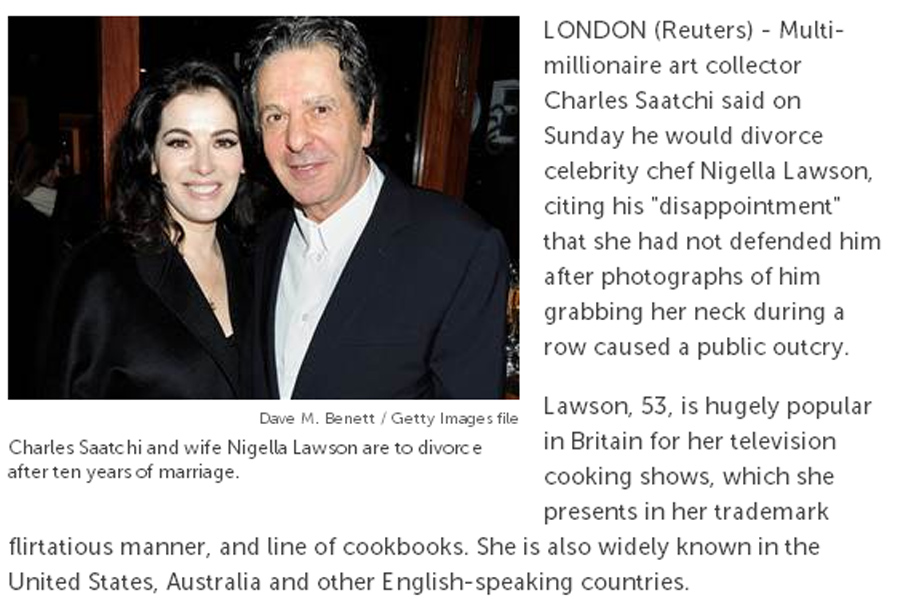 The end of the marriage between Charles Saatchi and Nigella Lawson is at hand, and it was his hand that ended it. When he put his hand on the throat of his wife in public, that ended any chance he will have at a normal life. Whoever does business with Saatchi is dealing with a maniac and a man in serious decline.

Lost in all of this is the effect that this will have on Lawson. She is the victim; she was the one assaulted and humiliated in public. No one jumped to her defense. Far too few people condemned Saatchi for his violent, criminal behavior. His wealth must be protecting him from some of the consequences here, but money does not last forever when people stop doing business with you.

Saatchi has placed himself at the center of all of this by saying that she had failed to "defend" him and that is really where his delusions of grandeur take flight. An abused spouse is supposed to protect the abuser from public shame and humiliation? Charles Saatchi is actually divorcing the woman he tried to strangle in public? Screw that, you jackal. You need to have your head examined.
on July 08, 2013