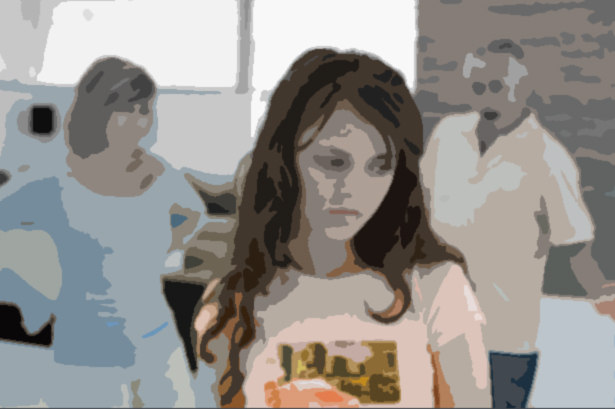 Someone is trying to sell a T-shirt:

I know many people want to stay current with the latest parenting trends -- attachment parenting, minimalist parenting, Tiger Mother parenting, et al. Well, I've stumbled upon a new technique that will guarantee your child grows up to be an exemplary student and citizen. It's called CTFD, which stands for "Calm The F*ck Down." And that's not a message to give your kids. It's for you.

Using CTFD assures you that -- whichever way you choose to parent -- your child will be fine (as long as you don't abuse them, of course). To see it in action, here are some sample parenting scenarios and how CTFD can be employed:

Yes, using the CTFD method, you'll find the pressure lifted and realize your child loves you no matter what, even if they've yet to master the alphabet. You'll also learn that whether or not you're the best parent in the world, as long as you love your child, they'll think you are and that's what matters. Plus, CTFD makes you immune to those that prey upon the fears of new parents, like pseudoscientists and parenting authors.

This is cute and all, but useless and irrelevant as an actual philosophy or child rearing strategy. This is what passes for modern humor--you can't remember why it is funny unless you remember how funny George Carlin and the freaks were in the 1970s. These were the 'who gives a fuck, ya jerk' people who hated all of the structures of society that used to produce people who were moderately worth a damn. Now we produce people who can't read, can't write, can't think, can't analyze but they damn sure can pursue their own self interest at the expense of others. No wonder the idea of community is a joke.
You can trace this mentality back to the Baby Boom generation, and the diffident, neglectful manner in which it raised its children. The Baby Boomers focused on themselves, to the detriment of their children, and abandoned their offspring to their own fate. These same Baby Boomers started multiple families; children born in the late 1960s often found themselves step-children of new marriages wrought in the 1980s and 1990s that produced under-parented siblings that are now underpaid and overwrought about virtually everything.
Calm the Fuck Down is another way of saying "you are on your own." This abandons children to a fate called mediocrity, and it allows the parent to escape accountability, abandon the effort of raising children, and do nothing.
This is the era of being someone rather than doing something. So, "calm the fuck down" is a generational rallying cry. It also means this generation is well near fucked in terms of accomplishing anything significant.
David Vienna is simply trying to sell the art of not giving a shit. Plenty of others have already raided that well and have made their fortunes. I wish him great success at being flippant and useless.
on July 18, 2013