A Legend In His Own Mind 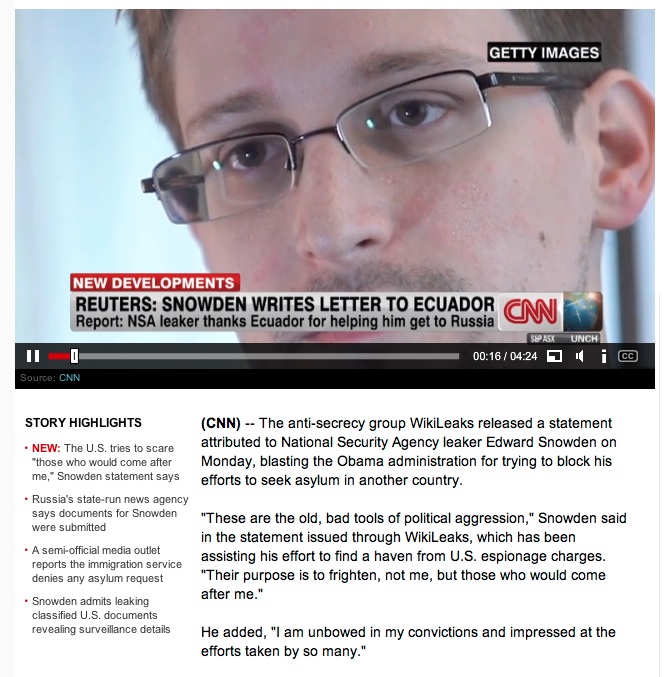 Edward Snowden is still alive, and carrying out his campaign against America. How's it going so far?

He hasn't been arrested. He hasn't been assassinated. And Julian Assange is his buddy, along with Vladimir Putin. That's quite a winner's circle. Dribbles of information come out, and, besides being the illegal disclosures of classified material that they are--he was, in fact, under contract to safeguard that information and signed multiple agreements to do so--it's all been a bust.

I completely agree with Snowden, though. Taking away his passport is an old, bad tool of political aggression. Let him have his passport and let him find a nation that does not spy that will have him. He deserves to live out the rest of his life babbling about all the good he has done. This delusion will keep him warm and fuzzy for years.

Nations spy on one another. Everyone is laughing at this babe in the woods. Hope they're keeping him well fed.
on July 01, 2013