Will New York City Slip Back Into Lawlessness? 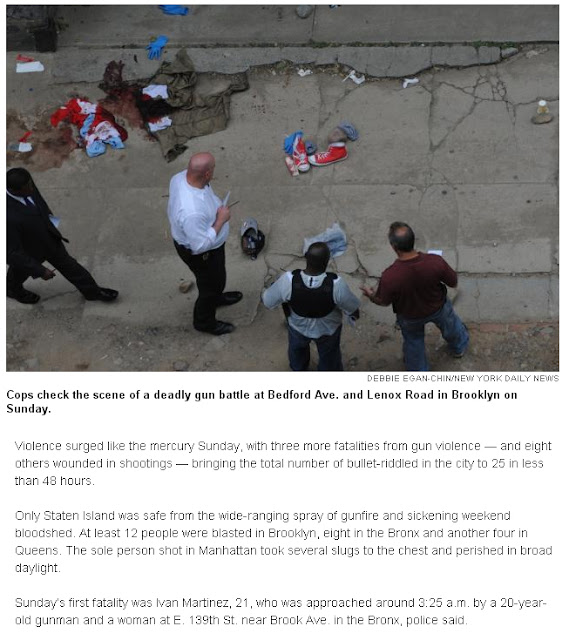 One of the things that allowed Rudy Guiliani to attain and hold power was crime. He took a stand against rampaging criminality and he made the images of the David Dinkins era virtual icons of liberal failure. Michael Bloomberg was the beneficiary of the crackdown that Guiliani began and this made New York City "livable" and the envy of major metropolitan areas all over the world.

Is Ray Kelly the man to keep the lid on violence in New York City?

I wonder if this means that we are starting to see evidence that all of the achievements made by Guiliani and Bloomberg are based on harassment and intimidation and that they are going to be pulled apart. A wave of crime over the course of one weekend doesn't mean that crime will trend upwards from now on. This could be a statistical blip or an anomaly. But, what if the NYPD cannot sustain the anti-crime efforts of years past? What if the city begins to come apart? What then?
on June 03, 2013