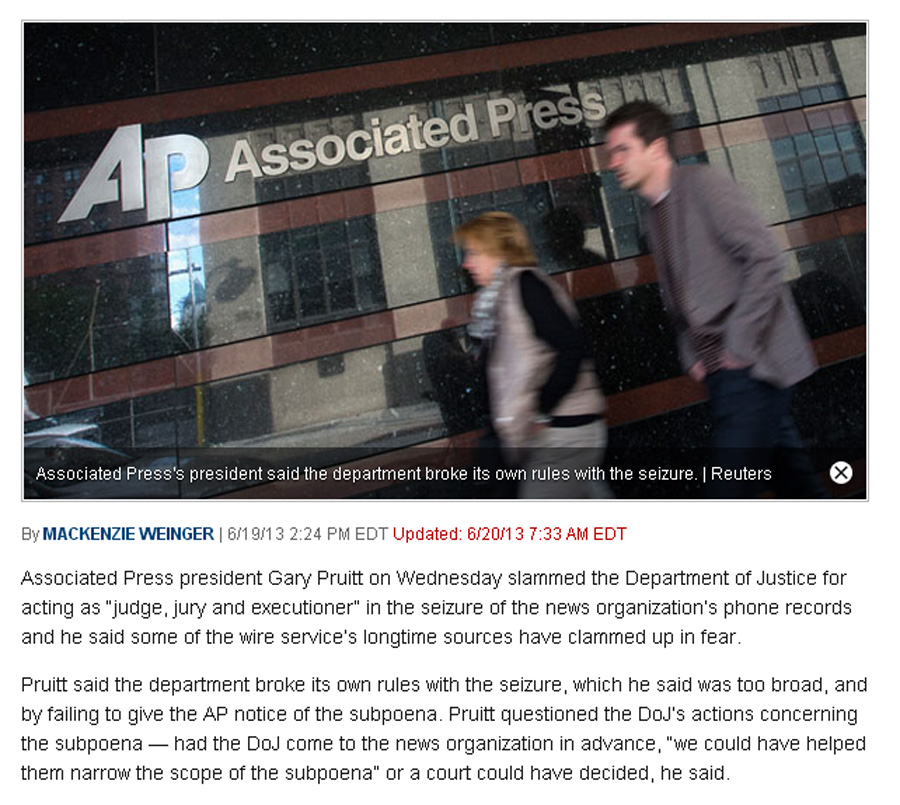 The government is getting better and better at rooting out people who leak and give background information to the press. The press, as usual, is so awful that there isn't any point in leaking and what does come out is usually so self-serving as to not be believed.

I don't know what Pruitt is complaining about, however. The Department of Justice openly seized their records; this was not done electronically by covert means. The DOJ grabbed the records in the broad light of day and the public does not care. The media's inherent uselessness precludes the necessary level of outrage and so you are treated to Mr. Pruitt's outrage about being shut out of the usual spate of self-serving leaks.