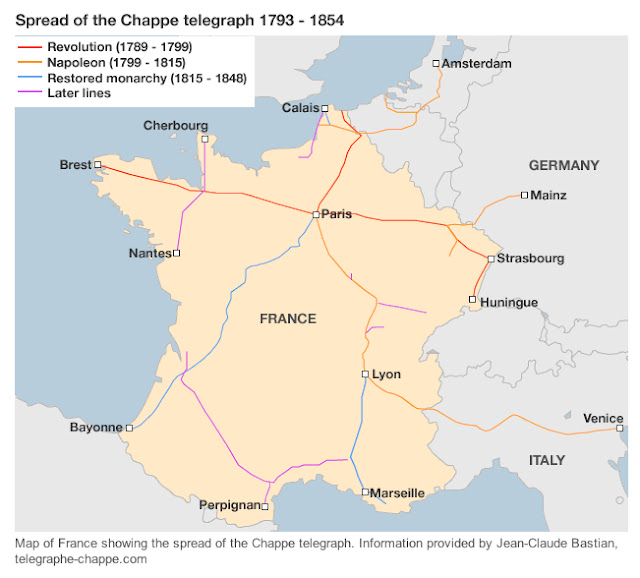 The Chappe telegraph was yet another modern convenience that began during the French Revolution and then quickly died off when someone came along and "invented" the actual telegraph.

Napoleonic semaphore was the world's first telegraph network, carrying messages across 19h-Century France faster than ever before. Now a group of enthusiastic amateurs are reviving the ingenious system.

Before the web, before the computer, before the phone, even before Morse code, there was le systeme Chappe.

Not for the first time or for the last, at the end of the 18th Century France made an important technological advance - only to see it overtaken by newer science.

In this case, it was the world's first ever system of telegraphy.

In the event of the breakdown of technology and electronic communications, we could easily go back to this system: 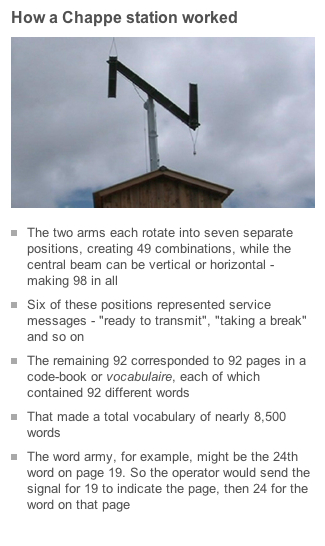 Of course, no one is willing to actually learn how to use it, except for the people in France restoring the system. Brilliant.
on June 18, 2013