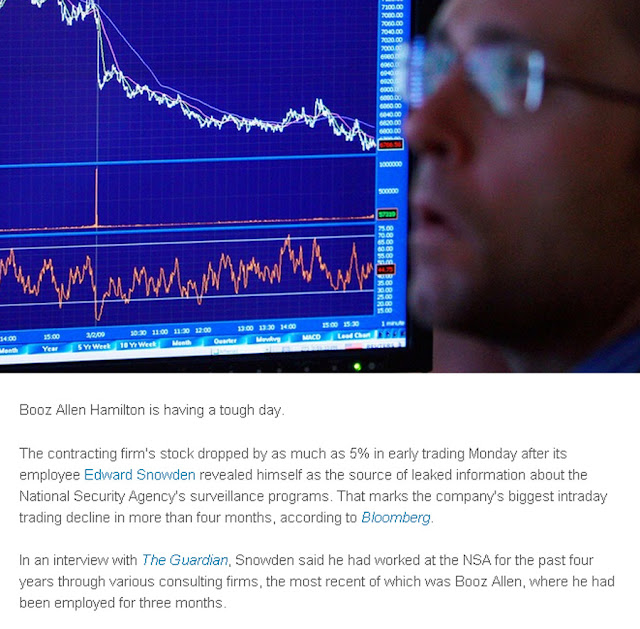 About four years ago, I was up for a position with Booz Allen Hamilton. I drove down to one of their myriad facilities in Northern Virginia, sat through a round-robin series of interviews with different hiring managers, and ended up missing several of them because they were held up in traffic. I signaled my thanks, and my willingness to come back for more interviews, and then went home.I figured I had at least one offer coming, maybe two. The interviews went well, the encounters were free of that awkwardness that usually signals a bad interview, and I answered a lot of questions. These were not "dump out" interviews because I was able to talk about what I can do and answer what they wanted to know.

A week went by, and no offers were made. Nothing was explained to me. The recruiter who had brought me in said nothing to me in the way of an explanation. I wrote it off to my being unsuitable for their corporate culture and went on to do other things. I was already employed and I would have had to commute down into Washington D.C. This was not really a tragedy, and I hadn't thought about this incident until today.

I suspect that the fact that I didn't have a degree was what worked against me. Since earning my degree, I'm two for two and I have a lot more confidence. The thing is, I was confident then as well.

What stands out to me is the clear lack of diversity I saw when I visited their facility. There are numerous facilities, so this is not a scientific observation. One of the things you notice when you sit in their corporate area and watch people come and go, randomly, is that they hire people who look like they are ex-military; that's because they hire ex-military at the drop of a hat. I saw hundreds of people coming and going. I didn't see hardly any fat people, and I didn't see any weirdo-looking people. I saw a lot of ex-Air Force and Army officers who were wearing suits with their old dress shoes. I saw conformity and I knew they weren't looking for me.

After what has happened with one of their new hire employees, I've never been happier to have been rejected by a company. Someone hired this man, Edward Snowden, and they brought him in for $200,000? Even for Hawaii, that sounds ridiculously high. I know the cost of living out there is tough, but, I can't imagine how they would rate someone with such a thin resume at that level.

Edward Snowden was Booz Allen Hamilton material, and for a publicly traded company to see a 5% dip in value, in just one day, is priceless.
on June 10, 2013