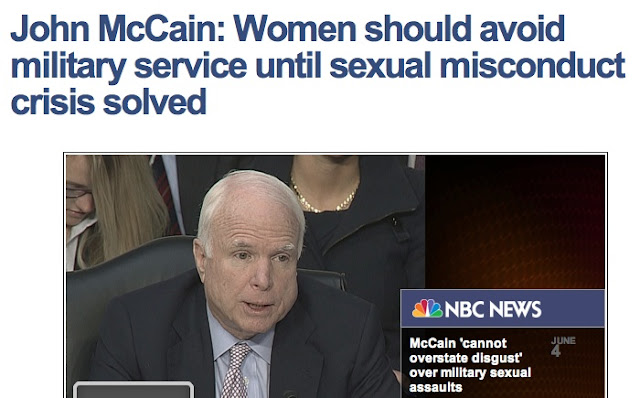 John McCain has lost whatever credibility he might have once had; he is an embarrassment to the United States Senate.

Someone with the decency needed to escort this poor, rambling man from the public stage needs to stop into his office with the men who carry butterfly nets and straitjackets. In the last few weeks, McCain has demonstrated that he is beyond desperate for attention. He needs help, not enablers. He needs his staff to get him under control. At some point, he will end up like Pete Domenici, wandering the hallways of Congress in his pajamas.

His enablers keep putting him on television every Sunday. Then, he spends the rest of the week coming up with things that will ensure he gets asked back on the following Sunday. This circle jerk never stops.
on June 04, 2013