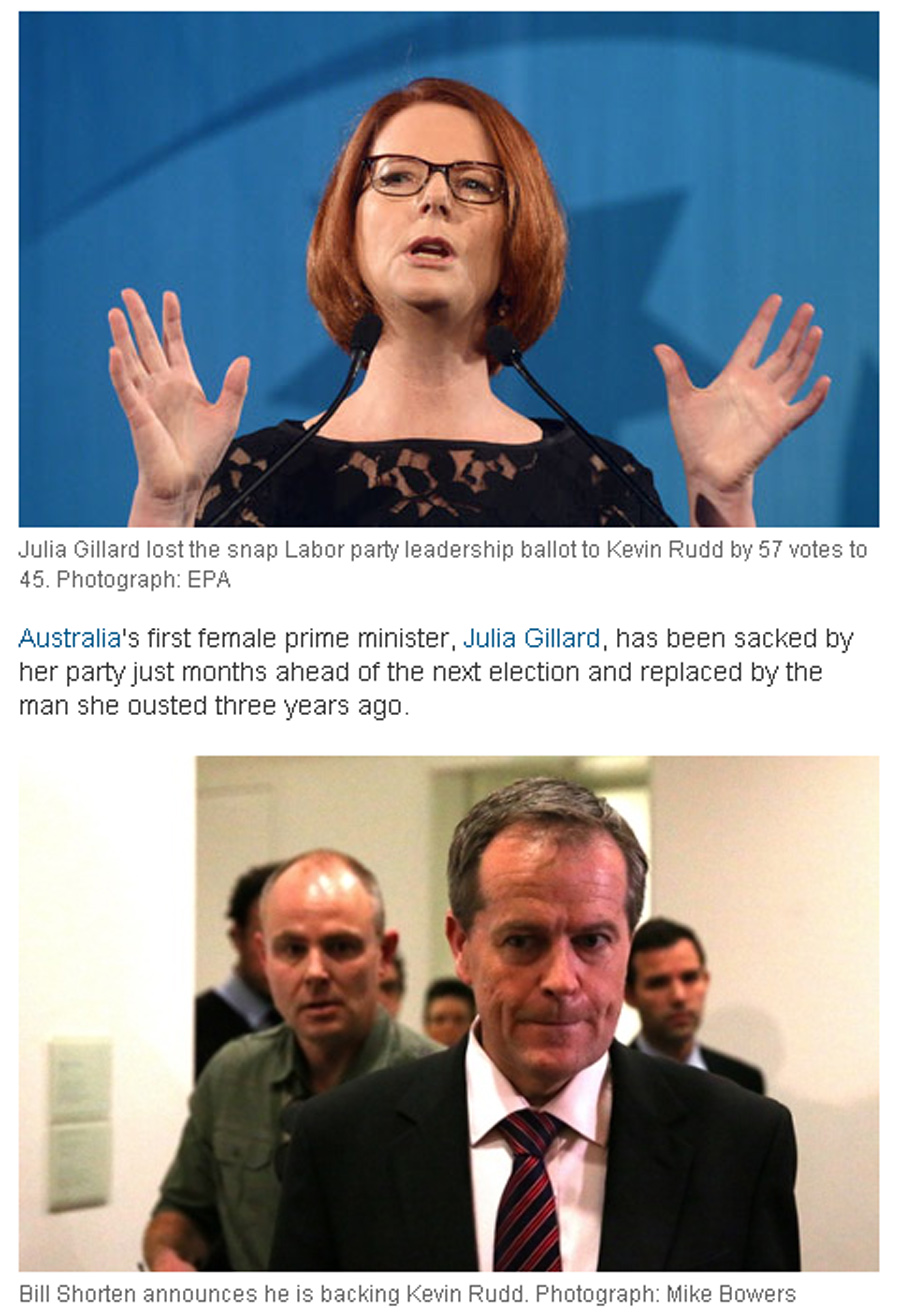 Kevin Rudd has seized control of the Australian government and can now call himself the leader of the Labor Party. This effectively ends the tenure of Julia Gillard as Prime Minister and perhaps her career.

Australian politics are extremely poisonous right now, giving little hope for anyone who might want to see what Gillard could have accomplished. Here's a photo of Gillard knitting, and it caused people to lose their mud: 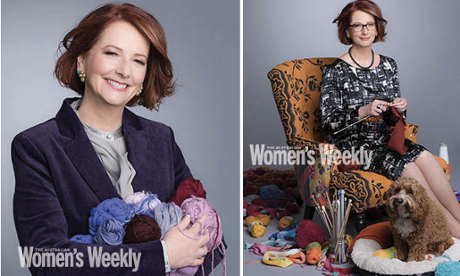 The photoshoot depicts the prime minister in an armchair, surrounded
by balls of wool, with her dog Reuben at her feet

The pictures have sparked controversy in parts of the Australian
media, who have called it "contrived" and "remarkable". Commentators
have pointed out that Gillard has traditionally rejected feminine
presentations.

News Limited columnist Andrew Bolt said Gillard was "giving
encouragement to young female politicians by plying a hobby now
synonymous with mad old aunts." Nationals Senator Fiona Nash told Fairfax it looked like "a bit of a stunt" that showed "a lack of connection" with the Australian public. While senior Liberal Christopher Pyne said to reporters in Canberra: "We know the prime minister is good at spinning a yarn, now we have a picture to prove it."

Gillard has previously been criticised for her perceived lack of
homemaking instincts. In 2005 much was made of a photograph in hersparse-looking kitchen with an empty fruit bowl on the table.
Defenders have pointed out that the opposition leader, Tony Abbott, is
routinely photographed taking part in his hobbies such as cycling and
working with his local surf club.

In an accompanying interview feature published online Gillard spoke on
a range of issues, including her career legacy, family, September's
federal election and her republican views.

She said she would look back on her time as Australia's first female
prime minister with "a sense of pride and achievement," particularly
for her work in health and education.

During the knitting photoshoot, Gillard remarked "this feels slightly absurd".