CNN and the Power of a Bad Idea 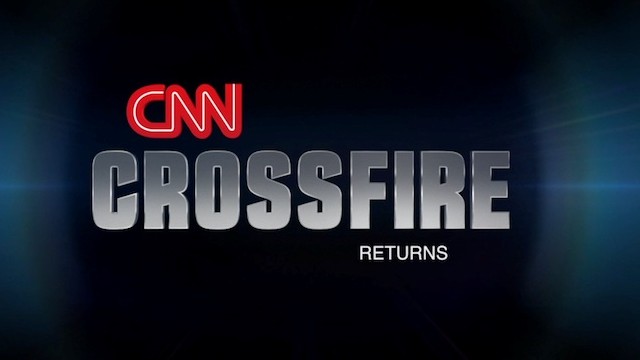 An institution is coming back to CNN.

“Crossfire,” the long-running political debate show that aired on CNN from 1982-2005, is getting a reboot, the news network announced Wednesday. Four new hosts – two on the left, and two on the right - will debut the program this fall.

Former House Speaker Newt Gingrich, who made a bid for the 2012 GOP presidential nomination, will host on the right alongside S.E. Cupp, the conservative columnist who currently co-anchors “The Cycle,” a television program on MSNBC.

Nice work if you can get it, but let's be honest about one thing--CNN is not a destination channel for anything resembling entertainment or information. When bad things happen, people go to CNN for news coverage. When there are other programming choices, people run screaming from news and information unless it appeals to their base instincts. Fox is successful because it reinforces hatred for others and tribal instincts. CNN's tribe is the world, and it is too bland.

Putting Newt Gingrinch and S.E. Cupp on television and hoping this will appeal to Americans is like thinking you can get rich changing a dollar into four quartersl. Cupp is great on television, lousy when it comes to having good ideas, and will do nothing to advance actual discourse (but maybe that's never been the plan for the Crossfire reboot). And the American people spoke loudly and honestly when they refused to stop laughing their asses off at the mere idea of a Gingrich presidency. I don't think anyone knows who Stephanie Cutter is and I don't think they'll get past the fact that Van Jones wasn't able to serve in the Obama Administration for the simple crime of being a 9/11 truther.

Really? These are the people who are going to save CNN by talking past one another?

Unless you're going to put up shows where someone might throw out the Ni-clang! word or set fire to the set and run around Lord of the Flies-style, who the hell is going to bother watching? Again, no one watches CNN unless something bad happens. Crossfire, being a bad thing that will happen on a daily basis, isn't newsworthy nor will it be entertaining. It will be point-counterpoint-blowjobs-Katrina-deficit-zinger!

UPDATE: In December 2008, CNN slashed the entire science unit from programming, and this did not lead to anything more than the continual dumbing down of what it puts on television.
on June 26, 2013