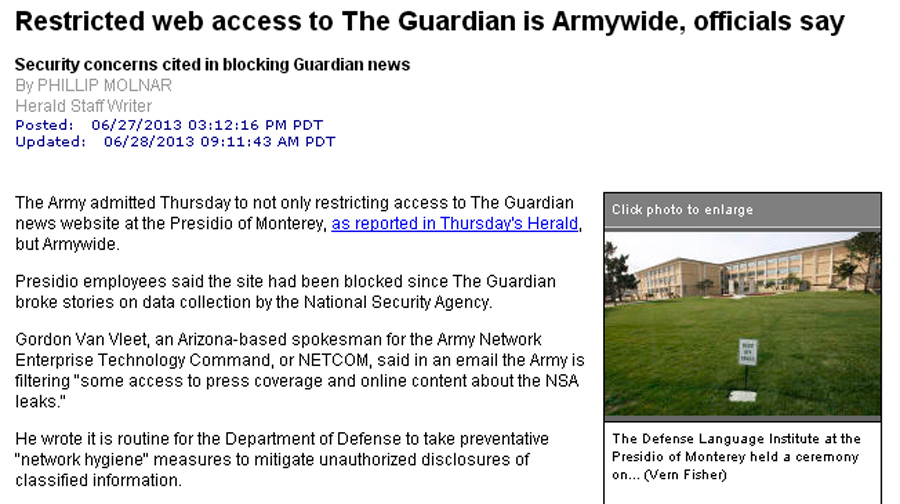 There is no good reason for the Army to censor the Guardian newspaper. All they are doing is increasing the impact of the story and attracting more attention to the issues surrounding the disclosures made by Edward Snowden. This is a stupid move and not only because people are getting their information from handheld devices that cannot be censored--but, maybe, precisely because of it.

When you think about how information savvy people are getting their own personally selected and filtered version of the news, there's no reason to deny access to a newspaper website. The Army can survive non-soldiers like Major Nidal Hasan and Bradley Manning and never-got-out-of-training types like Snowden because it is a dynamic institution that reflects American society.

I am of the opinion that Snowden and his disclosure was an inherently criminal and anti-American act based on Snowden wanting to be somebody rather than do something. His childish libertarianism is the best indicator of a mind focused on the self and not on anything related to a greater good. He lied to get access to classified information and then he went to Hong Kong and played into the hands of the Chinese government. Now he is flirting with the Russians, who live under the yoke of a totalitarian dictator who hides behind his fixed ballot boxes. Putin and the rest of them are loving their chance to tweak America.