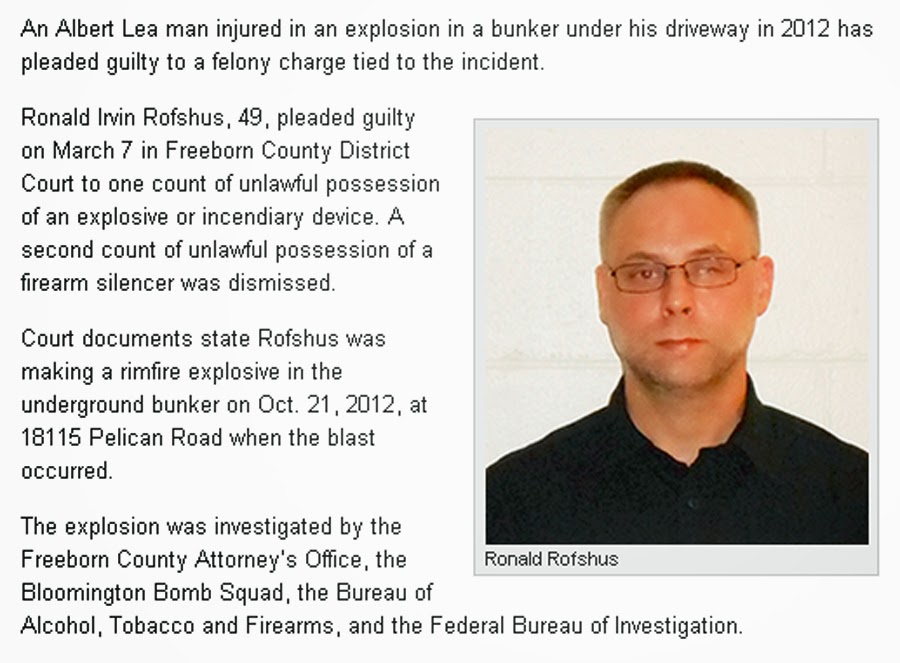 I'm sure that the subsequent divorce of Ronald Rofshus from his wife was not at all due to the fact that he liked blowing up stuff in the basement in the home where his children sleep. And I'm curious why there has been no statement to the effect of, "well, I'll never do THAT again." Normally, when someone innocently blows their arm off, they adopt a remorseful stance and admit that being addicted to the adrenaline rush of shooting at exploding targets is a bit childish for a family man. I mean, all those times I blew my arm off, I told the cops I was never, ever going to blow stuff up real good ever damn again. 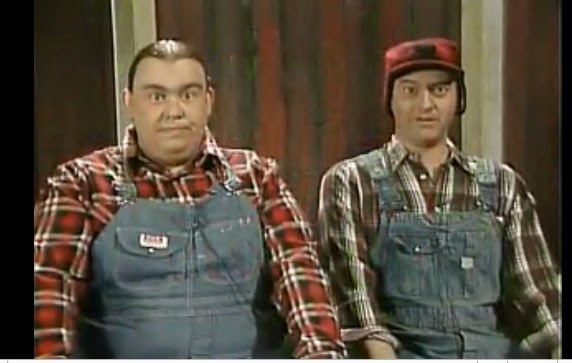 Here's that hard-assed prosecutorial bent we see again and again in Southern Minnesota:

[Assistant Freeborn County Attorney David] Walker said although the charges are serious, he does not think Rofshus is a threat to society. Rofshus enjoyed working on targets as a hobby that would explode when fired upon. Court documents stated he enjoyed an adrenaline rush that accompanied the work.

Authorities were alerted to the explosion at 12:13 a.m. Oct. 21, 2012. When officers arrived, they found Rofshus with his left arm wrapped in a towel and with burns and blood on his face and both arms.

Rofshus reportedly told Albert Lea police officer Tim Harves, “I was using explosives. I was doing something not good.”

So, 30 days or less and probation for a man who nearly kills himself, his family, and possibly his neighbors because he refuses to grow up and stop chasing thrills, he inexplicably gets no charges for having three weapons with silencers, which ought to have clued someone into his mindset about the law and firearms, and the slam-dunk evidence discovered at the scene, and burned all over Rofshus, isn't enough to go for the fullest extent of the law? Really? But we have no qualms about letting a Waseca County prosecutor destroy City Manager Jim Norman over a bullshit charge of using a credit card in the way other City employees were already using it?

Leniency for a man-child and his exploding targets, and an outsourced witch-hunt for an outsider who dared to come to Albert Lea and live his life? Well, that's the law.

There should be a special registration for people who nearly blow up their house playing with explosives. If we can force sex offenders to register, we should maybe think about letting people know when someone likes to play around with ammonium nitrate, Tannerite and pyrodex, don't you think?